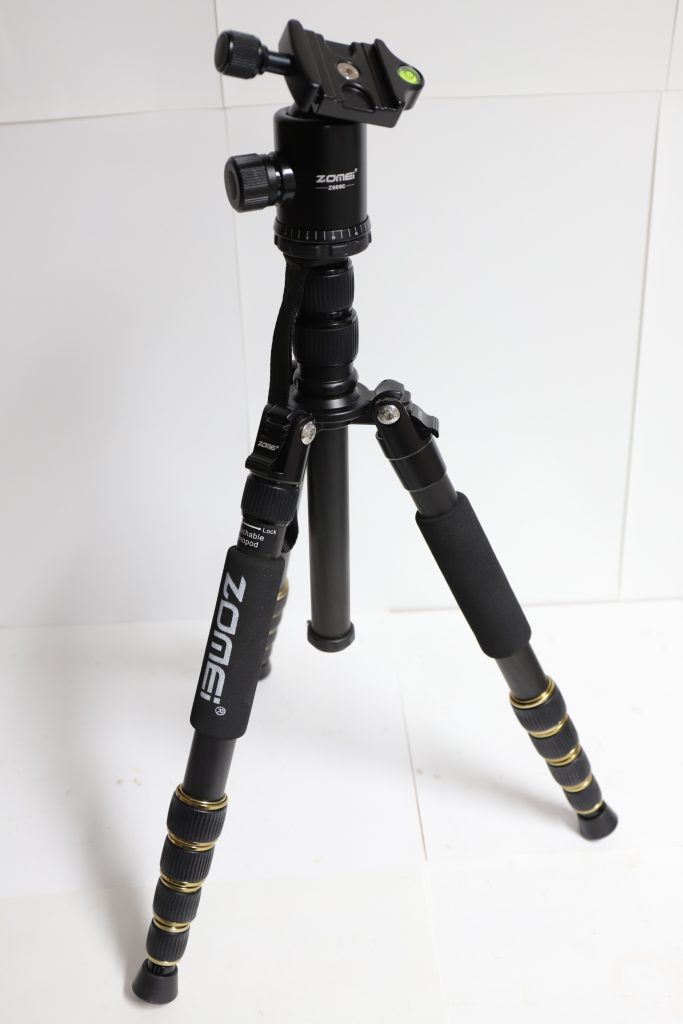 The 669C is a compact travel tripod sold under the brand Zomei.  This tripod is very similar or identical to many others sold under a variety of brands on Amazon and Ebay.  The design and styling is very similar to the Sirui tripods, but the materials and build quality are decidedly lower.  The price is also correspondingly much lower and if the performance is reasonable, could be a good value option.

This is an abbreviated list.  The full measured specs can be found here.  The tripod is sold with a head, tested here.  These specs represent the tripod  legs only.

The 669C is a short tripod.  With the use of both center column sections, it can be extended to allow the camera to reach eye level for most people.  As usual though, this dramatically decreases the stiffness.  It is also a somewhat light tripod, but not ultralight.

Like many of the low end tripods, the 669C tries to make up for the lack of quality materials by adding features to pad out a spec list.  To start, all of the standard features that we expect on a tripod are present.  It has twist locks for the legs, independently adjustable leg angles, and a center column.  The center column actually has two sections, which when fully extended allow the camera to reach eye level.  The stability suffers greatly at with such setup though.  Again, this seems like a design decision to meet specifications and a price point rather than in the interest of stability.

One of the three legs unscrews to reveal a 3/8″ female thread attachment.  This allows the head to be screwed on top to create a monopod.  Unfortunately, this resulting monopod, including the head, only reaches up to 45″ in height.  That reaches my lower ribs, and makes for an entirely useless monopod.  It is completely forgivable for a travel tripod to not reach eye level.  Not so with a monopod where using requires it to be at eye level. 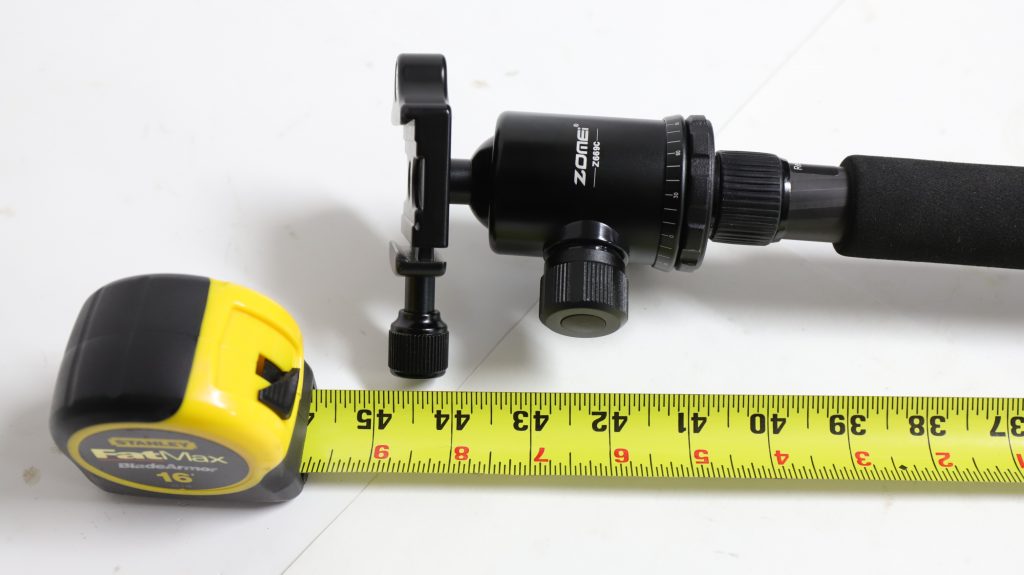 The 669C includes the unfortunate rubber and spike combination foot.  The rubber piece screws down (or up) to hide (or expose) the small metal spike.  This is the worst of both worlds.  It means that the rubber portion of the foot does not attach securely to the bottom of the leg.  The spike is also too small to be useful in the loose surface situations where one would want spiked feet.  It is better to simply have a permanent rubber foot or a standard thread to accept different feet. 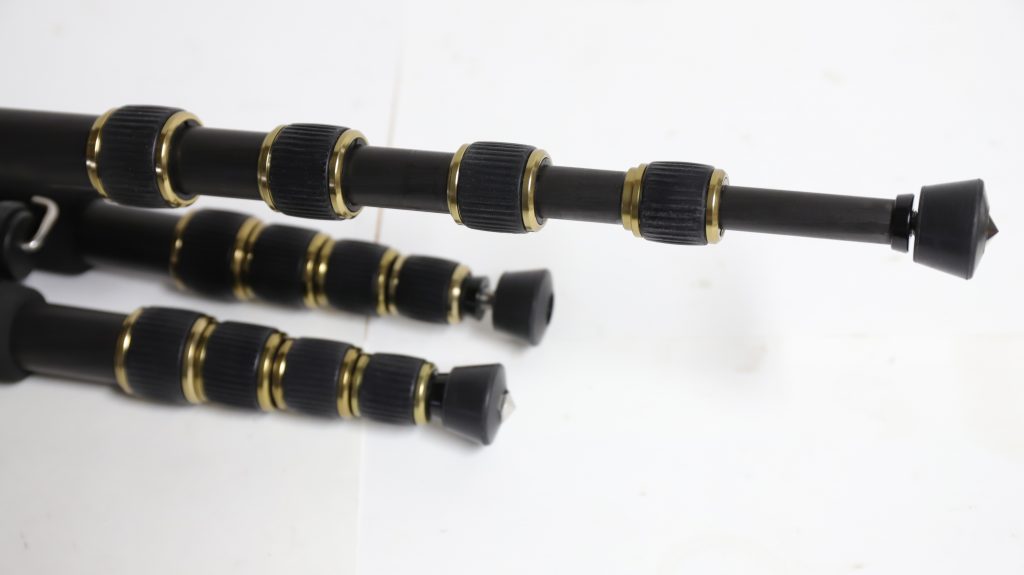 The 669C handles like most other compact travel tripods.  Due to the reverse folding legs, unfolding the tripod and setting it up is a somewhat time consuming process.  It would take me roughly 30 seconds to set this tripod up from its fully folded state.  Compare this to the gold standard RRS TFC-14 which can be set up in about 10 seconds.  The main difference comes from having to loosen then tighten four different leg locks and lower the center column.  Fortunately the leg angle selectors ratchet, and so don’t need to be fussed with upon setup, but they are a pain when trying to fold the tripod up. 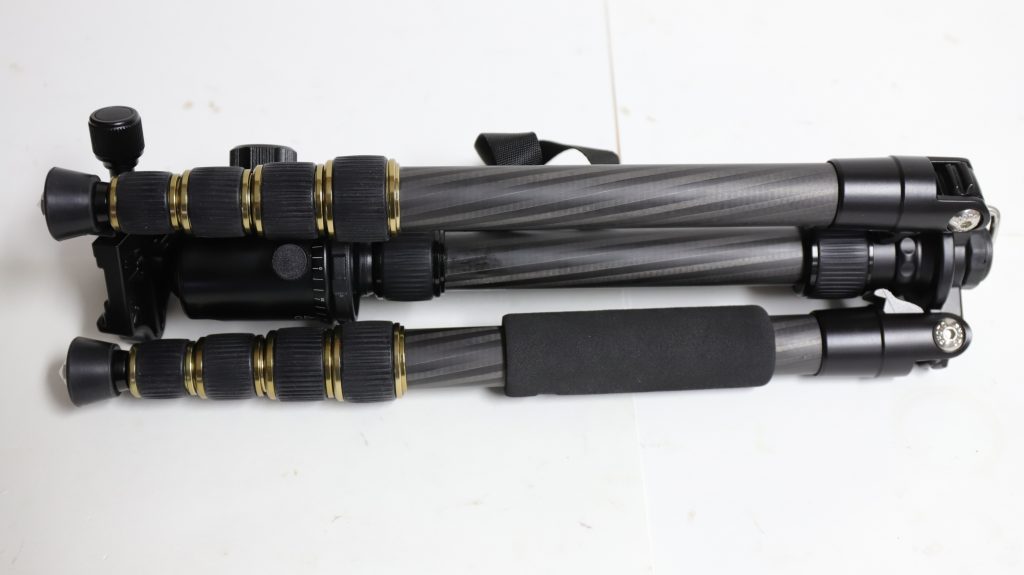 During the time I had the 669C one of the twist locks came unglued from the leg.  This rendered the tripod inoperable.  If the fault happened on a shoot, it would have been a major problem.  Now, this was a relatively simple problem to fix.  A bit of epoxy secured the twist lock back onto the carbon fiber leg without issue.

The materials used are not up to the typical standard.  Most of the parts are metal, but the coatings are cheap and plasticy.  The rubber grips on the twist locks don’t secure nicely and slip around on top of their underlying metal.  The leg angle selectors work, but flop around in their mount.

The stiffness of the 669C is poor, no two ways about it.  It isn’t the least stiff tripod I have tested, but it’s close, and the others are much lighter.  The damping is acceptable and in the standard range we expect for small carbon fiber tripods.  The total performance here is dominated by the lack of stiffness however.  It would be very rare to use this tripod in a way that the damping actually matters ( i.e. with a heavy telephoto lens). 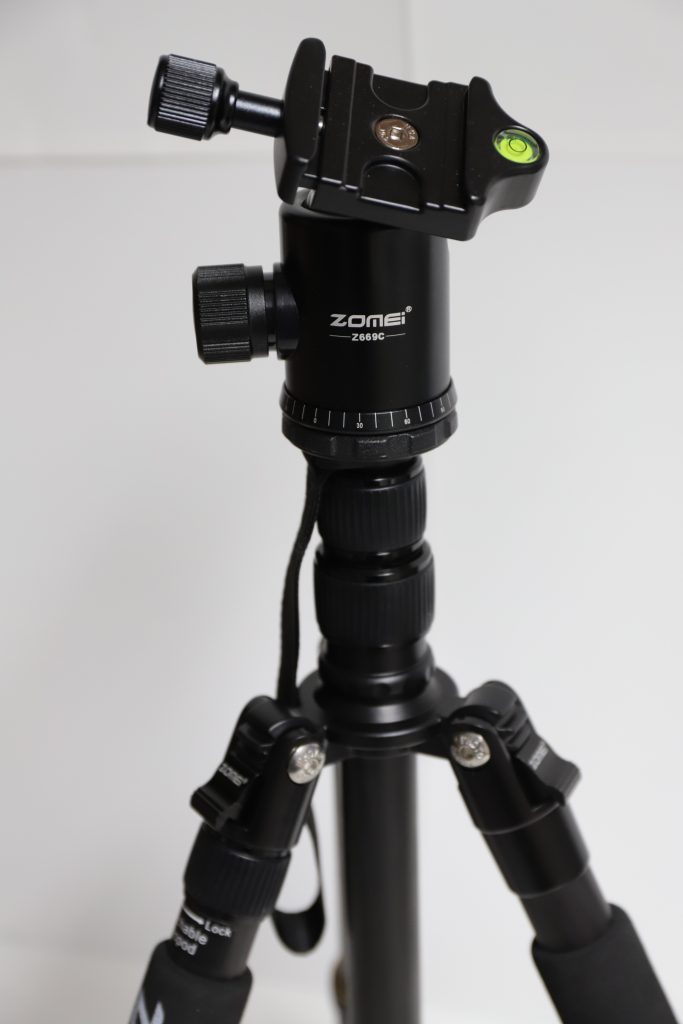 The 669C is really only a good option of you are looking for a somewhat light tripod at the lowest possible price.  Much better travel tripods can be had for not much more money.  If size and weight isn’t an issue, much better aluminum tripods are available with better build quality, stiffness, and height.