Design.  The overall design of the Roadtrip is what has become standard for travel tripods.  It has five leg sections which reverse fold over the center column and head to create a reasonably compact package when folded up.  While the folded length is fairly short, the overall volume is not.  The leg tubing isn’t terribly fat and so there are large gaps between the legs.  The large folded diameter makes the tripod somewhat awkward to strap to the side of a pack, though it is less of an issue for placing it into a suitcase. 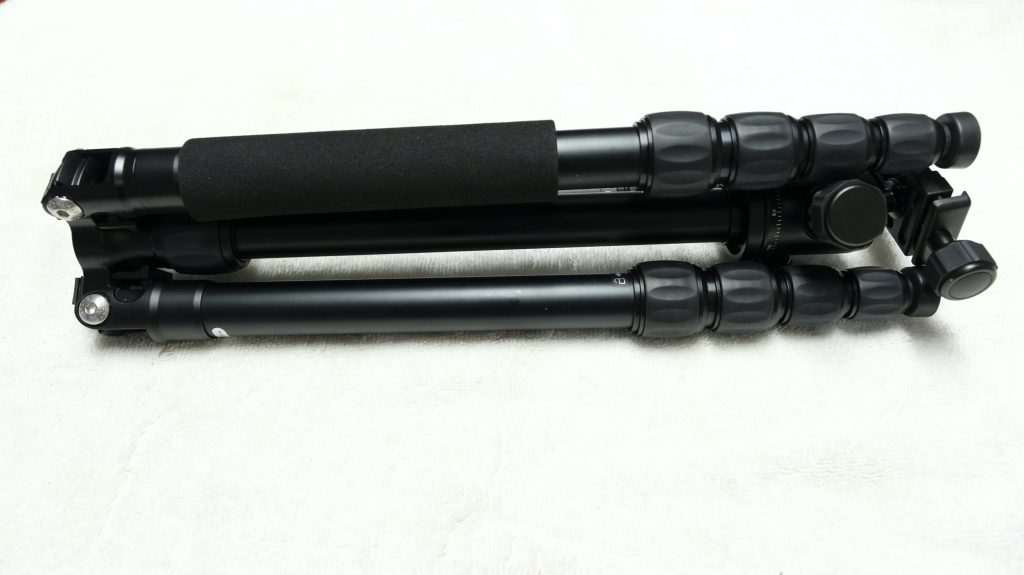 Build Quality.  Taken as a whole, the build quality of the Roadtrip is a highlight given the price.  All of the metal parts appear to be machined aluminum nicely anodized.  There is nothing on the tripod that is of questionable reliability.  I don’t do long term testing, but I expect the Roadtrip to hold up as well as most other tripods over time.  Mefoto/Benro provides local support in most markets, so replacement parts should be available if necessary.

Center Column.  The design of the center column and lock is standard.  A compression lock near identical to the twist locks on the legs sits above the apex of the tripod.  Tightening this down firmly locks up the center column.  The downside of this design is that it is not particularly compact when the legs are not reverse folded.  The tripod will only be in such a configuration while shooting though, so this shouldn’t be an issue.  It does raise the camera further away from the tripod’s apex than we would ideally like to see.  While this doesn’t alter the stiffness of the tripod, any forces on the camera act with greater leverage on the tripod, reducing the effective performance. 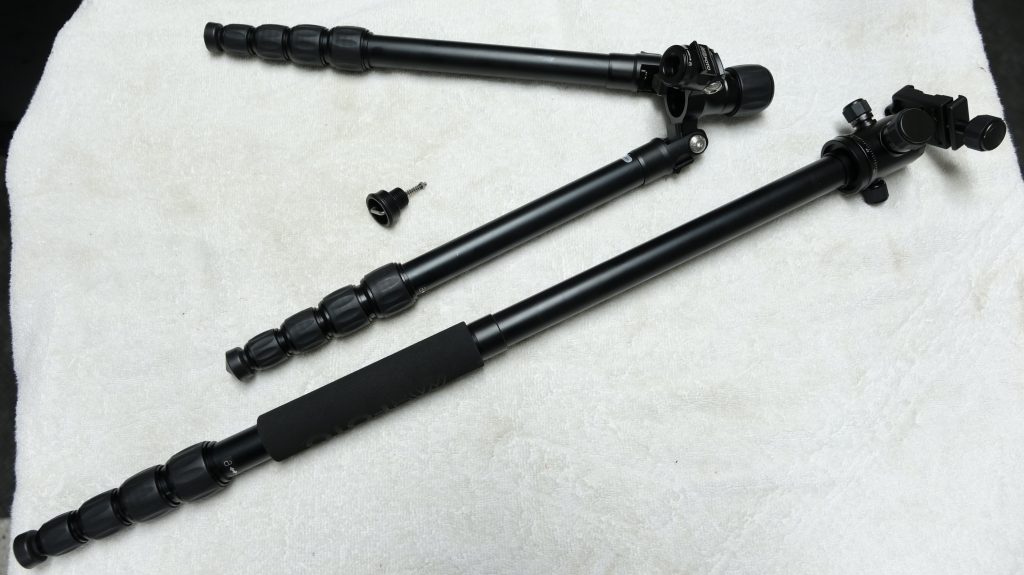 The Roadtrip is one of those tripods that allows you to screw one of the legs into the bottom of the center column and create a monopod.  It technically works, but the result is not exactly the world’s most stable monopod.  Also, you are still presumable stuck with the Q1 ballhead for use on top of the monopod.  Ballheads are poor heads for monopods due to their tendency to flop over to the side when not locked.  To make this useful, you really want a dedicated tilt only monopod head.  Given the additional weight and complexity of this feature, and the minimal added benefit, I would have preferred to see them leave it off and simply sell a lighter tripod at a lower price.

Leg Locks.  The Roadtrip uses twist locks with a rubber grip.  The tubes have an internal anti-rotation tab so that you can open and close each leg section independently.  There isn’t much to say here, they work.  I will note though that the fit on the leg locks is much looser than what we expect from the high end tripods.  When unlocked, everything has a tendency to move around a little bit.  This doesn’t affect the performance of the tripod when everything is tightened up, but certainly gives the feel of a low quality product during handling.  Also, there are no rubber gaskets on the leg locks to prevent ingress of dirt and water into the threads, but we don’t expect that on a tripod of this price. 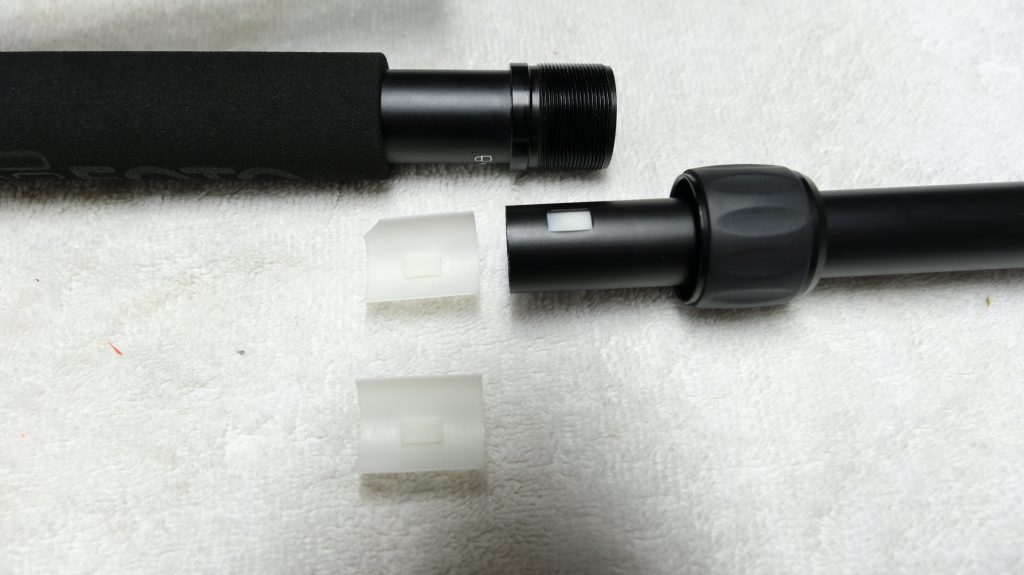 Feet.  The Roadtrip comes standard with rubber feet.  They are totally acceptable and should work well for the vast majority of use cases.  They are replaceable and thread into the bottom of the leg.  The problem here is that I have no idea what threading is being used.  Feet typically use a 3/8″-16 or 1/4″-20 threading but the threading used here is in between the two, likely metric.  So while you can theoretically use whatever feet you want here, such as spikes, it will be difficult to find ones with the correct thread. 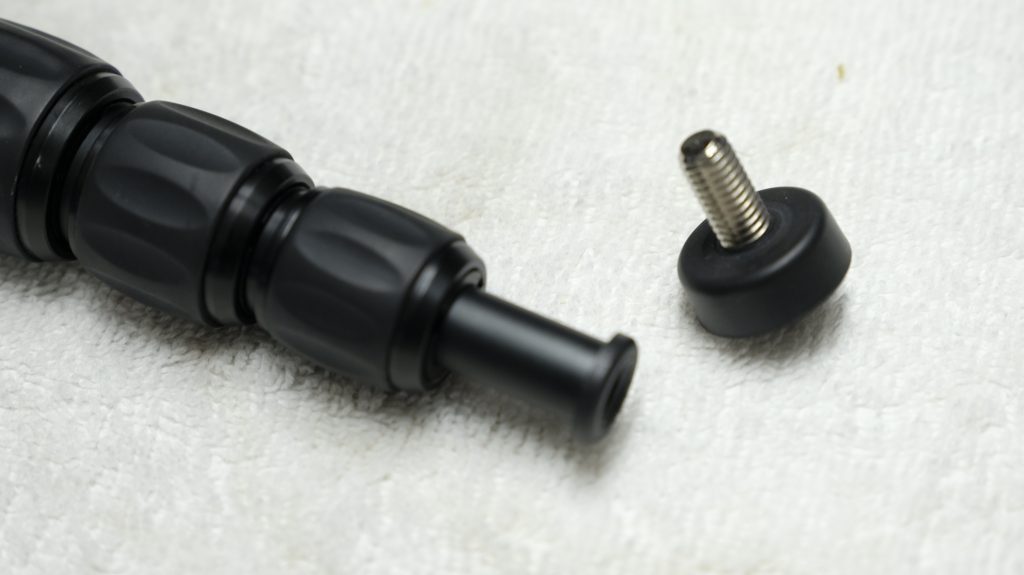 Top Plate.  The top plate of the Roadtrip is a simple aluminum platform with a steel 3/8″-16 mounting screw in the center.  The size of the plate is perfectly matched to the Q1 ballhead that comes with the Roadtrip.  For larger tripods I typically like to see a damping pad on the top plate, but in this case it is a reasonable omission.  The tripod already has an acceptable amount of damping.  As we wouldn’t expect to be mounting large telephoto lenses anyways, the incremental increase in damping isn’t necessary. 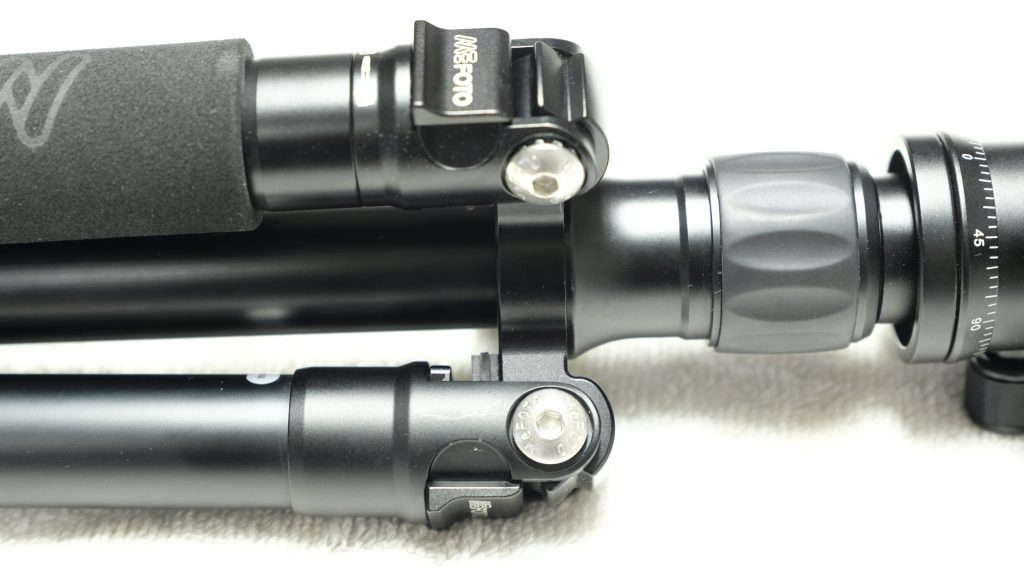 Angle Selectors.  The angle selectors on the Mefoto are of the pull tab style.  To change the leg angle, you pull the tab out, move the leg, and then push it back in.  The problem here is that these aren’t spring loaded like we see on the higher end tripods.  It takes a second to actuate the pull tab every time you want to use it.  This may not sound like much, but it gets frustrating really quickly, especially considering that you have to use the pull tab on each leg every time you open and close the tripod.  I would have much rather seen Mefoto use lever style locks which are always spring loaded and require much less handling.