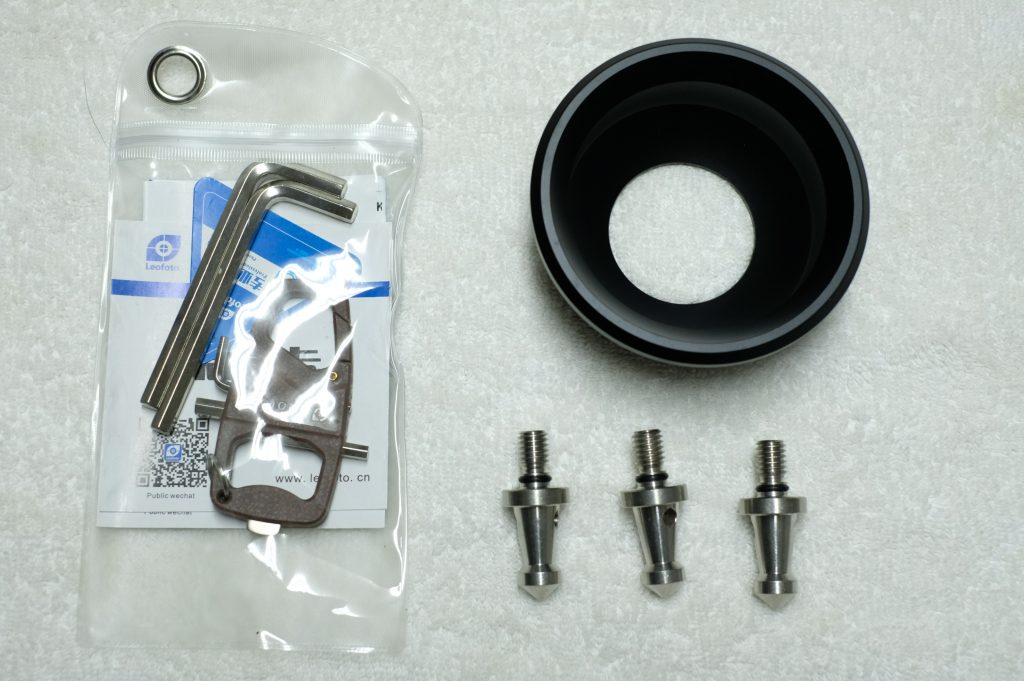 What’s in the Box?  Leofoto provides a cornucopia of accessories in the box with the tripod.  First off, and most obvious is a decent quality carrying case.  You won’t feel the need to rush out and buy a different one, but at the same time the nylon is a little thin, the zippers are a little on the small side.  It was made with cost in mind, so don’t expect it to last decades.  Also included is a 100mm video bowl.  Most manufacturers charge a pretty penny for this particular accessory, so it is a nice addition for those who will be using the tripod with a leveling fluid head.  A 75mm video bowl is also available separately.  Finally, and at long last, the LN-404C includes a variety of tools for doing any necessary maintenance.  Aside from the tools, I would rather none of this was included and the price of the tripod was lower as a result.  Most of these items are just going to take up storage space in your closet.

Build Quality.  The build quality of the LN-404C is excellent.  On most tripods at this price point the metal parts are cast, but in this case they are machined aluminum.  The difference is fit, finish, and feel is obvious.  Is it as good as Really Right Stuff, Gitzo, or ProMediaGear?  No, its not.  When being handled side by side, the differences are obvious.  The Leofoto is simply not manufactured up to the same exacting tolerances.  However, Leofoto’s build quality is a significant upgrade from the likes of Manfrotto and Induro, so I highly doubt that you would be disappointed upon removing it from the box. 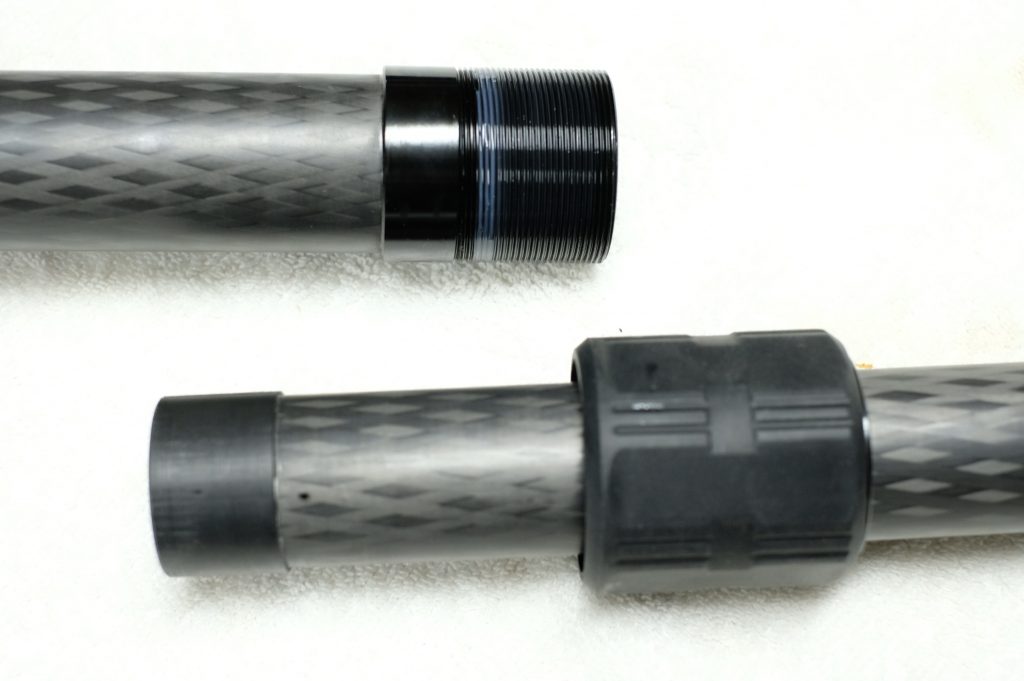 Leg Locks.  The LN-404C features standard twist style leg locks.  The metal locks have rubberized sleeves for grip and comfort.  Because of the large diameter tubing, the grips are also massive.  On most tripods, you can twist and open all of the twist locks at the same time.  Not so here.  Unless you have massive hands, you are opening these one at a time.  The feel is fine, but not top notch.  The threading is finer than the best feeling locks, causing the locking action to feel a little mushy and slow.  I’m not really complaining here, the locks work just fine, but they aren’t perfect.

The leg locks do not have the rubber o-ring seals to keep out water and dirt found on the most recent systematic tripods.  This is not a serious omission, but take extra care to clean the tripod out after use in adverse conditions. 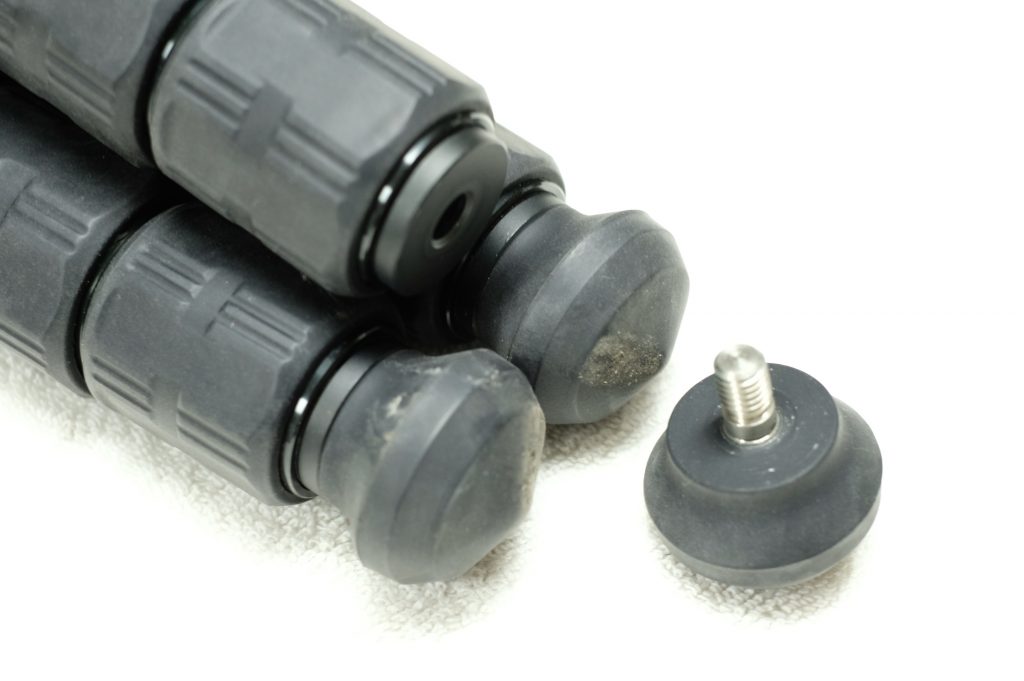 Feet.  The feet on the LN-404C are replaceable and take the standard 3/8-16 thread.  Included in the box are a set of rubber feet and a set of spiked feet.  This is nice given how much some other companies charge for a set of spiked feet.  The spikes in this case are fairly short and stubby though.  This is fine for shooting soft dirt, but won’t be quite as useful in sand or snow as the true longer spikes.  Again, I have mixed feelings about this approach.  Most users won’t feel the need to ever use the spikes, and so they will collect dust.  For those who really need spikes, they will want good long ones to bite into a soft surface.  I wish that Leofoto had simply omitted the short stubby ones from the box and dropped the price a couple bucks. 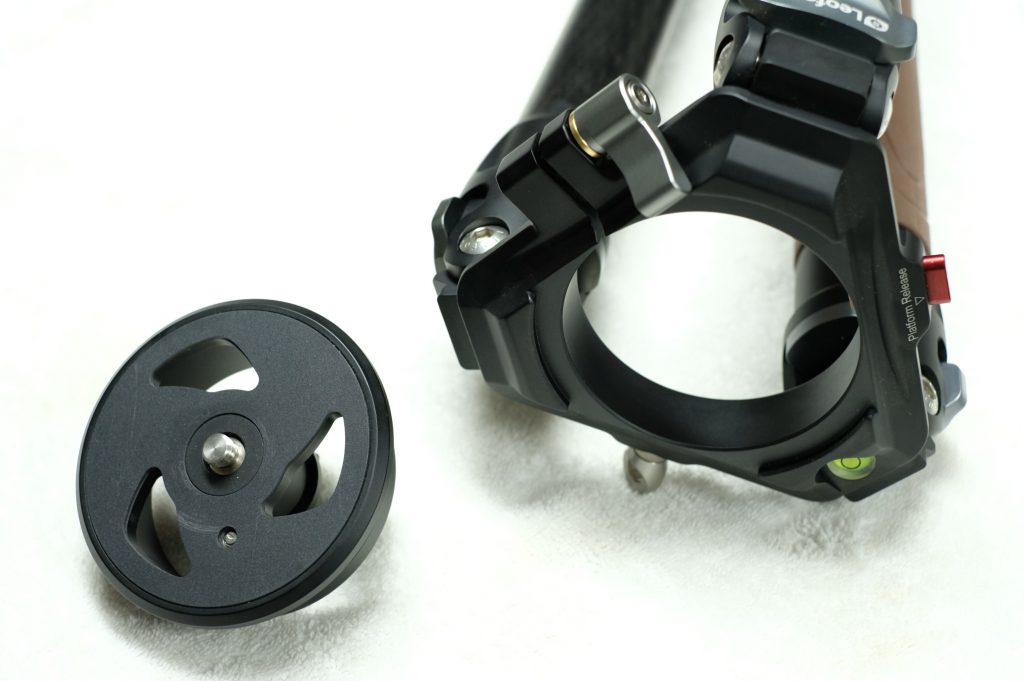 Top Plate.  The design of the top plate is lifted directly from Gitzo.  Leofoto even advertises that their clamp system is compatible with top plates from Gitzo’s 5 series (which I have confirmed).  I have no problem with this.  It is a good design that works extremely well, and provides backwards compatibility with a lot of old equipment that can be given new life.  For example, any of the old Gitzo 5 series center columns can be used on the LN-404C, or you can get the Leofoto one.

The top plate locking mechanism is that of a circular clamp.  A bolt with attached lever squeezes the apex around the top plate.  There is also a safety groove machined into the top plate to prevent the top plate from falling out unless the locking pin is released.

The top plate itself has a hard piece of plastic on top that mates with the head.  Most of the time this is some sort of damping material, but it does not appear to be in this case.  The damping on the equivalent piece from RRS and Gitzo is vastly superior. 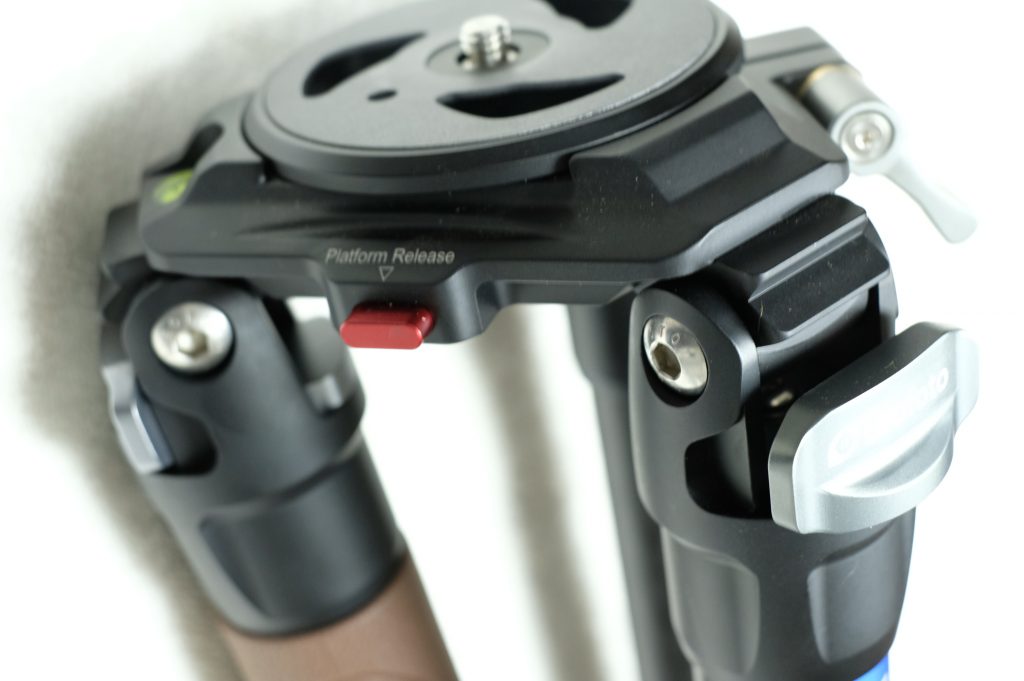 Angle Selectors.  The LN-404C uses the same pull tab angle stops used in the majority of tripods.  This is a proven design and Leofoto’s implementation is good.  The selectors themselves are well made and move smoothly.

Carbon Fiber Quality.   The performance of a carbon fiber tripod hinges on the quality of the carbon fiber tubing used.  In the case of the LN-404C, it appears to use the same mid-range carbon fiber as the rest of the Leofoto lineup.  Judging by the test results, it is some of the best carbon fiber coming out of the Chinese manufacturers, but still clearly isn’t on the same level as the carbon used in the Gitzo, ProMediaGear, and Really Right Stuff tripods.  Leofoto claims that they are using 10x layers of carbon fiber from the largest fiber provider in the world, the Japanese company Torayca.  I have no reason to doubt this, but these figures alone tell one very little about the ultimate stiffness of the tubing.  The layup, modulus of the fibers, and resin ratio are all more important.  As the end user, you shouldn’t have to pay attention to these things, as the only thing we ultimately care about is the strength and stiffness that the tubes cane provide.  As we will see in the test results section, these metrics are good, but not exceptional.