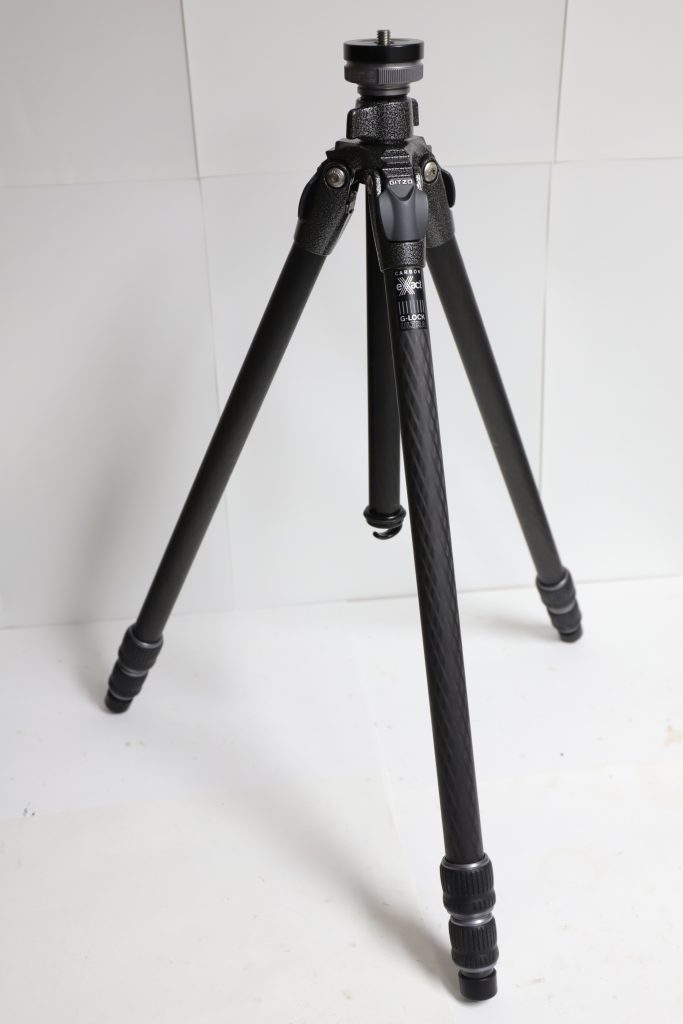 Gitzo considers the Mountaineer series of tripods as their all-purpose line, fitting in between the lighter, more compact traveler series and the massive systematic tripods.  The Mountaineers all have similar construction with a center column, twist locks, and a pull tabs for the leg angle selector.  The GT1532 is from the series 1 line (the second smallest) and is nearly small enough to be considered a travel tripod.

Given the low weight, the GT1532 could reasonably be considered a travel tripod.  There are two reasons why I haven’t characterized it as such.  First is that Gitzo markets the tripod under their all purpose style mountaineer line, and the second is that the folded length is too long to fit in most carry-on luggage.

The GT1532 has all of the basic features that one expects in a modern tripod, twist leg locks, pull tab leg angle selectors, replaceable feet, and a twist lock center column.  The pull tabs are spring loaded and lock open, requiring only a gentle nudge to snap back into place.  This simply saves time in moving the leg to a different angle than the first standard one. 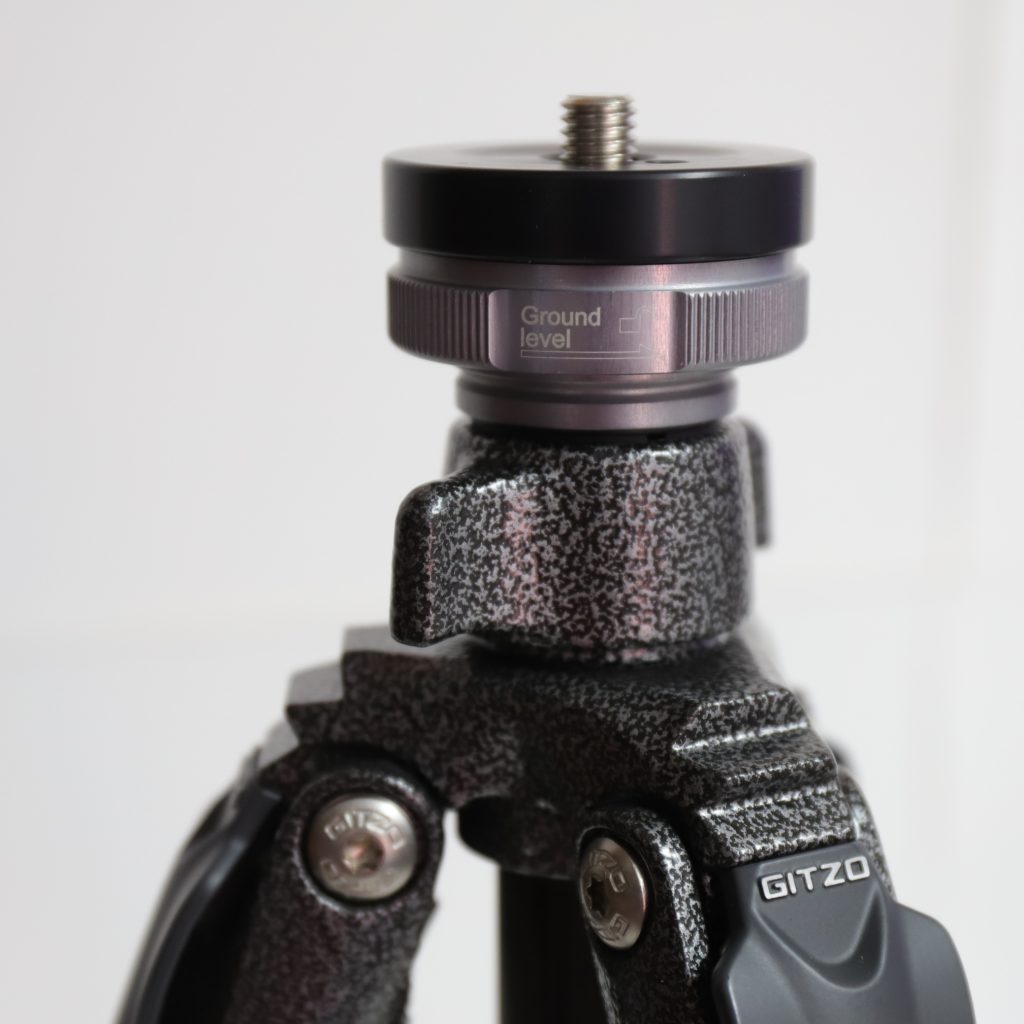 The big innovative feature of the newest Gitzo Mountaineer tripods is the manner in which the head platform attaches to the center column.  Instead of being threaded, the whole top platform detaches with s single twist of the piece directly underneath the top plate.  This makes removing the center column for low angle shots much faster than typical systems.  It is even possible remove the center column without undoing the main center column twist lock.  This feature does add weight, and its value therefore depends on how often you

The big advantage of the all purpose Mountaineer design is easy of use.  Gitzo’s traveler line makes some small ergonomic compromises to save size and weight, but not so on the Mountaineer.  The new platform release feature is the best example of this.  It is fast and easy to use.  One would not have to think twice if needing to invert the center column for a low angle shot.  The center column lock is large with winglets, which allow the twist lock to be really cranked down.  Normally this section is used to quibble about frustrating or slow aspects of the tripod’s ergonomics.  With the Mountaineer, I can find no such flaws.

Gitzo uses magnesium to cast the large metal components in the apex.  The big advantage of magnesium is that it is lighter than aluminum.  It is also easier to cast, which allows for significant cost savings over machining aluminum parts.  The downside is that whatever alloy Gitzo uses appears to be significantly softer than aluminum, and easier to dent.  This shouldn’t impact the functionality, but cosmetically the tripod could develop wear and tear faster.  As always with cast parts, the critical areas for fit are machined, but the entire peice doesn’t have the same precision feel as a 100% machined equivalent.  On the Mountaineer, the only place this is apparent is on the pull tabs.  They don’t move with the same smoothness and precision as their machined counterparts. 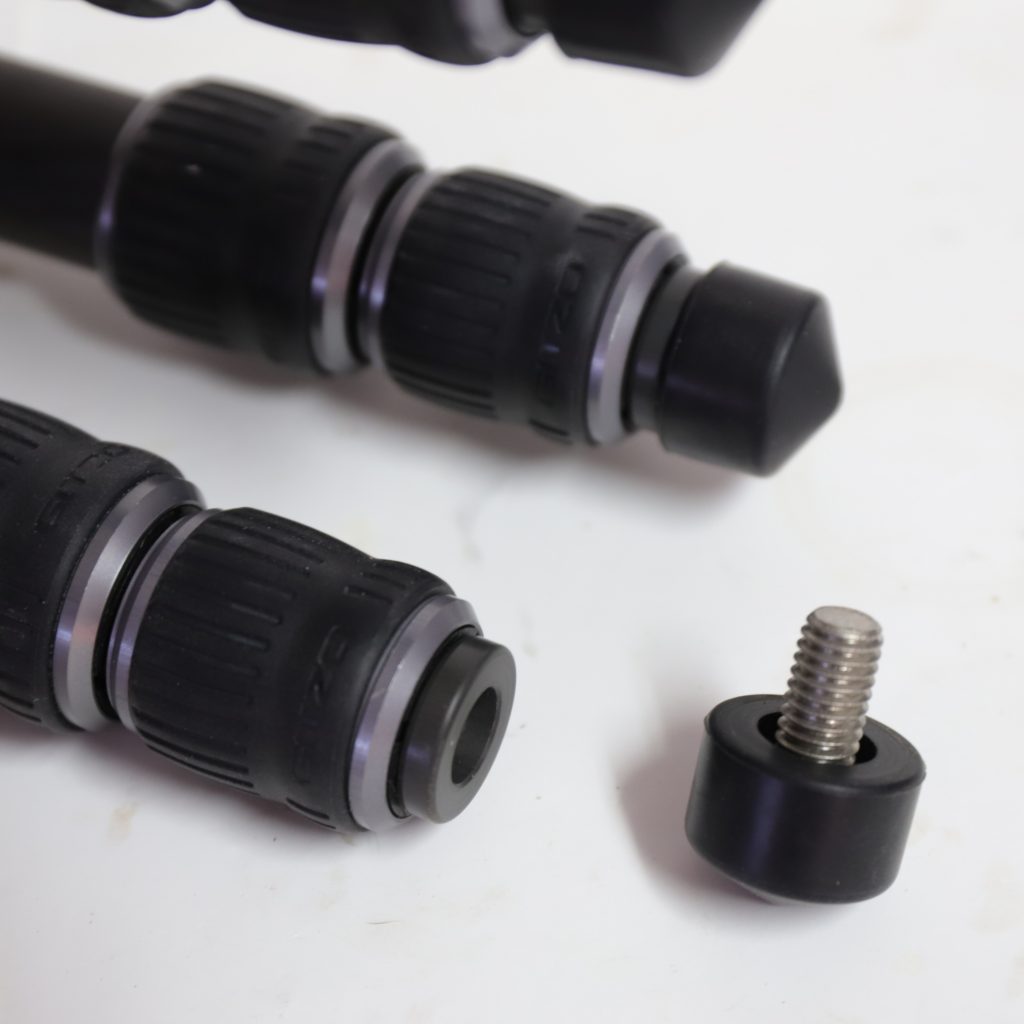 Gitzo appears to have stepped up their game in terms of the quality of the carbon fiber tubes used in all of the tripods, including the Mountaineer.  Instead of saying how many fiber layers there are, they now just market the tubes as “carbon exact”.  Whatever they are doing is working well, as the stiffness of these tripods is comparable to similar tripods with larger diameter tubes.  They do say that the bottom tube has a thicker wall and uses high modulus carbon fiber.  This could make a big difference as the bottom tube is typically the weakest.  Shoring up this section is the correct approach, and appears to be Gitzo’s strategy.

One area of concern is the thickness of the leg angle selector pull tab.  I have seen reports where on of these pull tabs has broken, which would seriously reduce the tripod’s operability.  It probably would take a significant amount of abuse to actually break one of these, but clearly it has happened.  Gitzo’s competitors typically use much shorter solid aluminum blocks for these pull tabs.  These seem much more durable.  Most people use their Gitzo’s for many years without issue though, so this is clearly a minor concern.

As is typical on the newest Gitzo tripods, the design of the leg twist locks is excellent.  The metal feels precisely machined and fit tightly with each other.  The rubber grips feel nice, are compact, and don’t slip around over the metal when used.  There is a rubber gasket near the top of the twist lock to prevent dirt and moisture from getting into the threads.  This is a nice feature just beginning to become standard on the top end tripods.  From experience though, this doesn’t completely prevent sand and water from entering the leg.  If used in water, the tripod will still have to be disassembled to dry out.  If used in salt water, rinse it with fresh water. 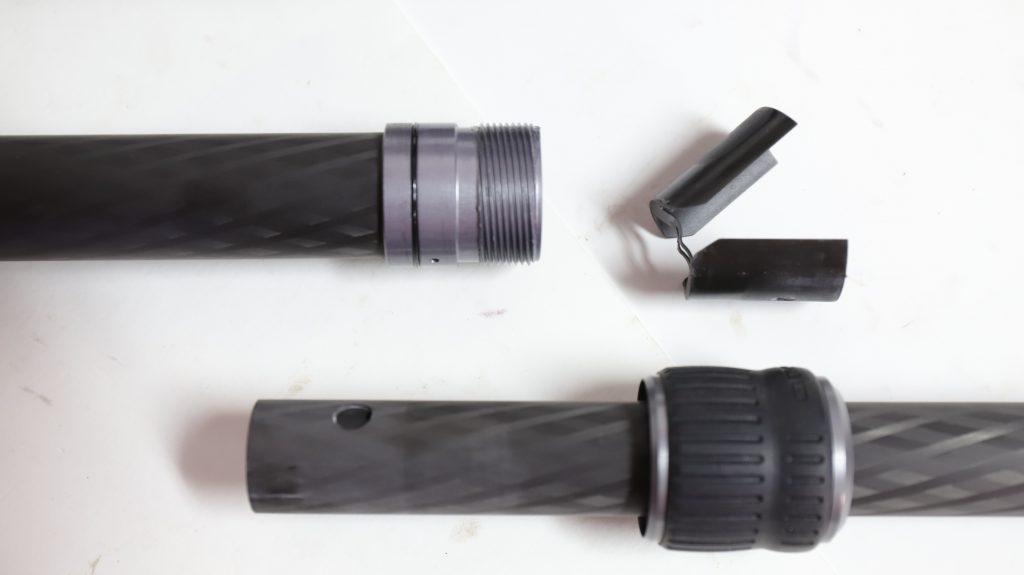 These are strong results for a tripod at this weight.  When comparing to other all-purpose tripods, the GT1532 doesn’t appear outstanding, but this is a bit deceiving.  The better scoring tripods are either significantly heavier or lack a center column, both factors that tend to improve the tripod score.  If instead compared to the travel tripods, the GT1532 would be a top performer, but on the heavy side. 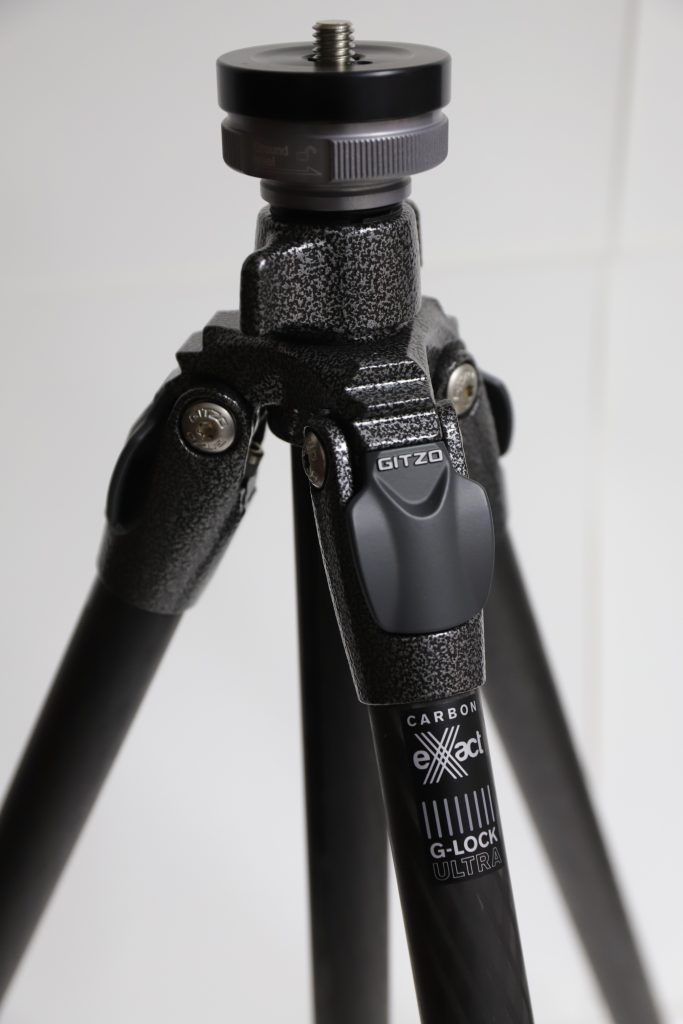 While the GT1532 doesn’t top the charts in terms of performance, but consider this a trade off for being fully featured and easy to use.  The top plate quick release, center column, etc. all add weight but don’t improve the performance, just the usability.

The GT1532 is an excellent tripod that is awkwardly placed in Gitzo’s lineup.  For the same weight, and only a little more money, one could get Gitzo’s series 2 traveler tripod, which is the same height but folds much smaller and has thicker leg sections.  Going in the other direction, the RRS series 2 tripods weigh and cost a little bit more, but perform much better.  There is a place for the GT1532 though.  If you are looking for a well constructed, lightweight tripod whose center column can easily be inverted for low angle use, this is your tripod.  This tripod is lightweight without giving up anything with regards to features and ergonomics.