The Leo is a compact travel tripod from the British tripod company, 3 Legged Thing (3LT).  3LT has one of the most active marketing and promotion departments that I have seen from a tripod manufacturer.  This has led to the personification of the tripod in their literature, though I will break from that here and grammatically refer to them as inanimate objects.  This has also led to some fairly unique and some mystifying claims regarding the tripod’s performance and design.  At the risk of spoiling this review, the 3LT Leo is not a good tripod.  If all you care about is finding a tripod, you can stop here.  If you are interesting in a dissection and discussion of the questionable design and marketing choices made by 3LT, please keep reading.

This tripod was purchased through retail channels.  I was not paid by any party to write this review, and the opinions are entirely my own.

The Leo is compact travel tripod, and this is clearly reflected in the specs.  The folded length is about as short as we ever see in a non-tabletop tripod.  This is made possible by the use of five leg sections and the multi-section center column.  The leg diameters are pretty narrow.  This isn’t unusual for a travel tripod, but it is unusual for a travel tripod that is as heavy as the Leo.  The Leo is the heaviest travel tripod I have tested, save for a couple of larger tripods with aluminum legs.  This is where things get confusing.  Travel tripods are supposed to be light.  Neither is the Leo very compact, with a folded volume just under 3 liters.  Its as if 3LT focused on reducing the folded length at the expense of everything else.

The reason for the higher than expected weight is in the leg locks, which we will discuss more thoroughly on the next page.  I would have preferred to see 3LT use that weight budget to instead include larger diameter leg tubing.  Given the large amount of space between the legs and center column when folded, this also shouldn’t increase the folded volume.

The manufacturer’s weight rating of 66 lbs (30 kg) stands out as an anomaly.  This is one of the highest weight ratings I have seen from any tripod, much less a compact travel model.  I reached out to 3LT for comment, and they replied:

As for how we come up with the rating – Leo is tested with weight loads until he breaks, and can handle much more than 30Kg although we’d not advise it, so 30Kg is the safe weight limitation.

Testing to destruction is not how most companies rate their tripods, and results in a dramatically inflated weight rating.  To be clear, never put 30 kg of photographic gear on any travel tripod.  It is a recipe for absolute disaster as the setup would be incredibly top heavy and prone to tipping over.  3LT should be embarrassed for publishing and promoting a weight rating that is so far out of line with the rest of industry.

Included with the 3LT is a carrying case, a hex key, a carabiner for hanging weight below the tripod, and if bought as a kit with the head, an Arca type camera plate. 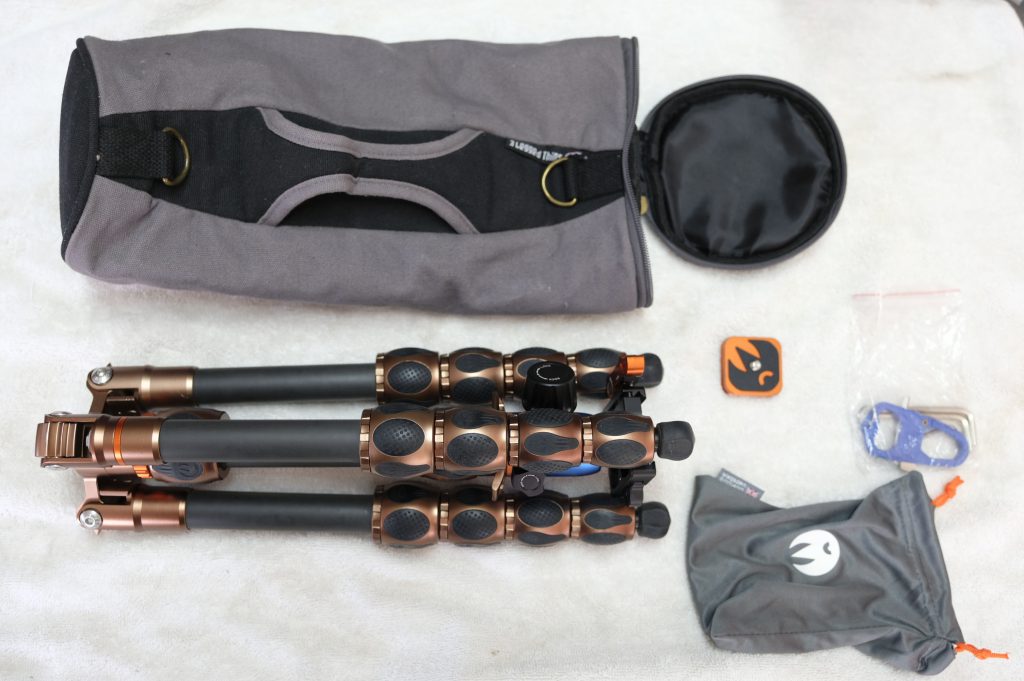