There is no free lunch with tripods. Making tripods compact, lightweight, and tall inherently reduces stability. The diameter of the tubing used in the legs is the most important factor in tripod stiffness, but the rigidity of each individual component contributes as well.  The raw test results for the stiffness and damping are directly below.  We then compare it to other similar tripods on a weight and volume adjusted basis.

The stiffness and damping data are the averages of 10 trials for each measurement. The reported error is the standard error, except in the case of the damping data. I have set the error in the damping at 10% as the standard error metric does not appropriately capture the error in fitting to the data. All of the reported specifications are measured, with the exception of the weight rating. The tripod is measured at full height, with the center column down.

The stiffness of the Ascend is slightly lower than I expected it to come in, at roughly 20% less than the TFC-14 and about 10% less than the other RRS travel tripod with a center column, the TQC-14.   As the legs of these tripods are made of identical carbon fiber tubing, I believe the reduction in stiffness is due to a combination the Ascend having a narrower leg angle (23 vs 25 deg.) and the having a less secure center column locking mechanism.  I don’t mean to say that the center column lock is insecure here, it just introduces a bit more flex that the traditional twist style lock found on the TQC-14, which itself has a bit more flex than a tripod lacking a center column lock at all in the TFC-14.

The Ascend has a fairly low amount of damping, which isn’t a big surprise as this is common amount the smaller RRS tripods.  Damping typically comes from a rubber or plastic pad on the top plate, which the Ascend lacks.  It can often also come as a result of poorly fitted parts rubbing against one another as the tripod vibrates and is accompanied by a lack of stiffness.  The RRS are so well made though that this doesn’t come into play at all, but can result in a rigid system that doesn’t damp out existing vibration well.  The Ascend will therefore not be a great choice for longer telephoto lenses, but then again, that applies to all travel tripods.

The results are fairly typical for the stiffness loss seen via extension of the column.  Both the yaw and pitch motions lose about 50% of their stability at full height.  By contrast the RRS TQC-14 with a round center column cross section only loses 30% at full height compared to the fully lowered position.  Clearly the Y shaped column isn’t providing quite the same level of torsional stability, as expected.

Such a difference would be difficult to notice in practice as the creation of a fundamentally less stable geometry caused by the center column is a more important effect than the stiffness of the column itself.  The small loss in stability is a very reasonable trade-off for the increased packing efficiency that the Y profile generates.

Note that the pitch stiffness drops abruptly just as the center column reaches full extension.  In this position, the bottom of the column rises above the bottom of the apex and the edges of the column do not full contact with the length of the apex, causing instability.  The drop in stiffness actually understates the issue.  The column is not rigidly secured in this position and can be moved about by hand.  RRS should have stopped the column from extending about a centimeter lower to prevent this.

We see no change in stiffness as the center column rises above the junction of the two pieces of the column, indicating that the mating between the two pieces is appropriately secure.  No issue there.

The exact gear limit is highly dependent on the external conditions such as wind, and technique, such as the use of a cable release. Under perfectly still conditions using perfect technique, sharp images can be obtained using any tripod. Developing a consistent and broadly applicable set of guidelines for what kind of gear a given tripod can reasonably support is still a work in progress on this site. 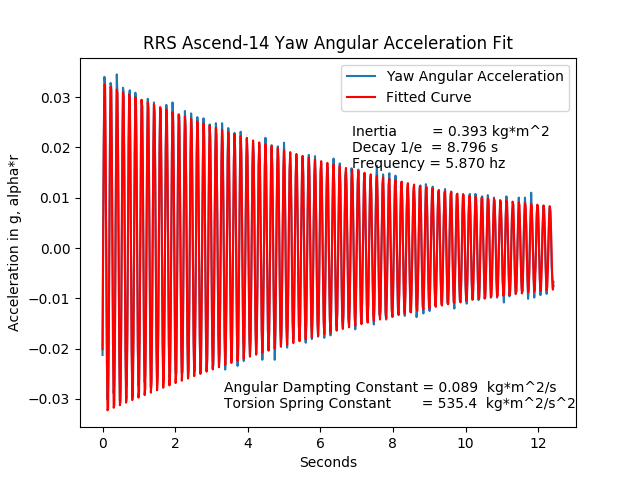 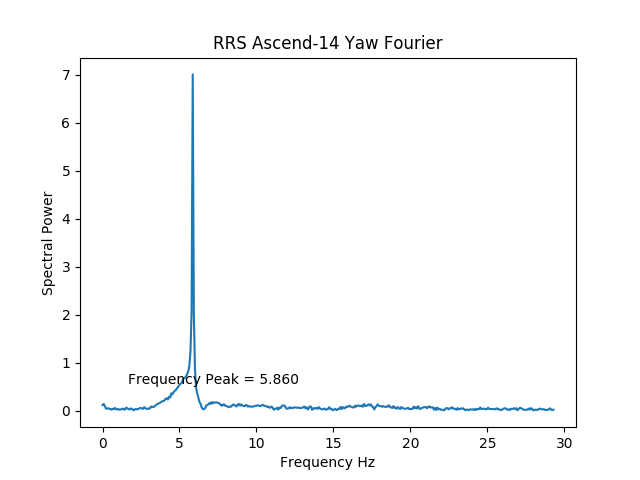 Very narrow spike in the frequency space indicative of a high-Q (low damping) system.  Good for testing, but would prefer to see more damping for real world applications. 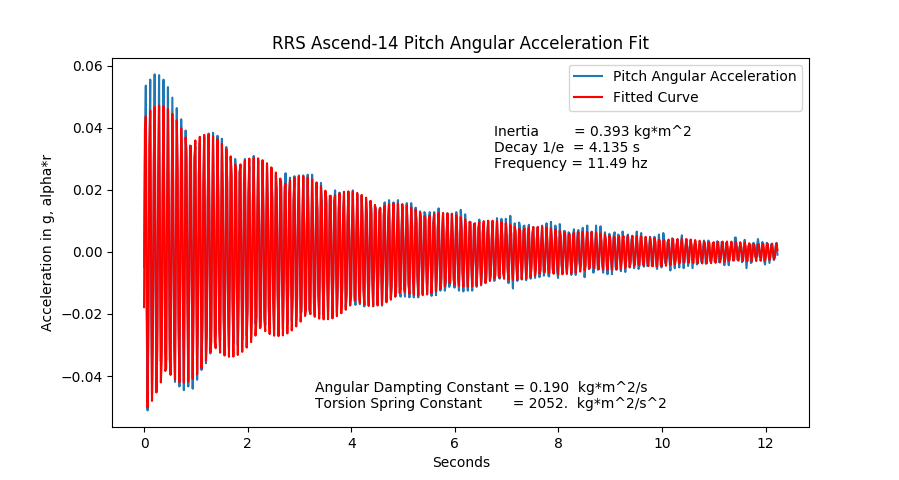 Very clean data set, and again, long ring down time with low damping.  The envelope oscillations are not real but a result of pixel aliasing when the plot is generated.  If it were a real effect in the data it would show up in the Fourier spectrum below, and it does not: 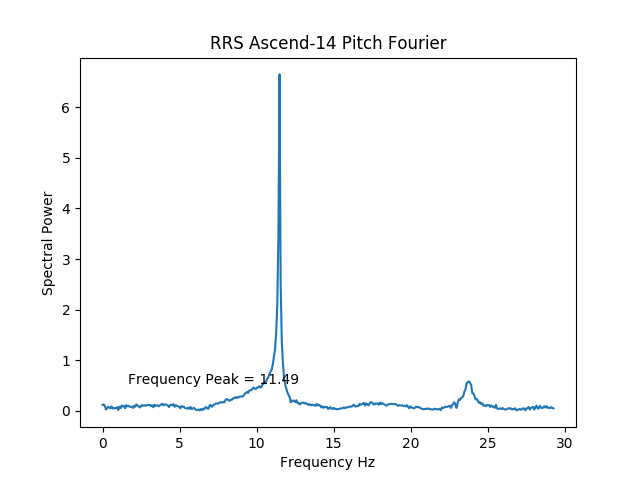