The Ascend-14 is Really Right Stuff’s offering into the new generation of compact travel tripods aiming to minimize not just the folded length, as the reverse folding tripods accomplish, but the overall folded volume as well.  The decreasing size and weight of high end cameras has generated demand for tripods that can accompany a compact kit.  Peak Design single handedly redefined how portable a full size travel tripod could be with the launch of the PD Travel Tripod and RRS, as arguably the premier tripod manufacturer, wanted a competitor here as well.  In the Ascend-14, RRS uses a y-shaped center column to make use of as much of the negative space between the legs as possible.  This isn’t a new concept to the tripod world, as seen previously in the Giottos YTL series.  But, like Apple has done so successfully in the electronics space, RRS has taken this existing concept and made a much better and more refined version of it.  Hold that thought though as the comparisons to the computer company, good and bad, won’t end here. 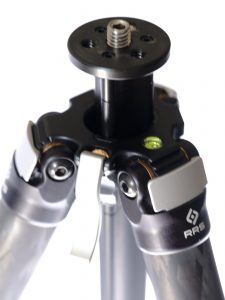 This tripod was purchased through retail channels. I was not paid by any party to write this review, and the opinions are entirely my own.  I purchased the platform version of the Ascend to review here.  This may seem an odd choice as RRS has also developed an innovative and compact head that complements the compact nature of the Ascend.  However, I test heads and legs separately and I have been informed by RRS that the platform and integrated head versions of the Ascend are incompatible with each other.  One cannot simply swap out the integrated head for a platform to mount another 3/8″-16 screw mount tripod head.  Testing the head would have required purchasing a second tripod and the Ascend was already stretching the budget for this site as is.  More importantly though, the lack of compatibility severely limits the versatility of the system.  My personal use requires mounting different heads, rendering the integrated head version unviable for me.  I will give my thoughts on the head in the ‘Head Choice’ section, but it won’t reflect hands on experience.

The test results are included here as I consider them to be part of the tripod’s specification. For full discussion of the stiffness and damping, see the test results page of the review.

The standout figure from the specifications is of course the price.  At $1150 USD without a head ($1450 with!), the Ascend is by far the most expensive travel tripod I have ever tested.  This will limit the market for the Ascend to those who find it the perfect solution and can justify the value in the tool, or to those people that aren’t concerned with the cost.

The height with the center column retracted is standard for a travel tripod, and the center column can raise the camera at or above eye level for most people.  RRS also makes a ‘long’ version of the ascend but this extends the folded length by about two and half inches (~6cm) and maximum height by eight inches (~20cm).  The increase in folded length takes the ‘long’ version out of the range we traditionally consider for travel tripods.  But such tripod that is still volumetrically compact may be the ideal solution for some users.  At 3 lbs (1.36 kg), the Ascend is not particularly light weight.  If weight is more important to than a compact folded size, the Ascend likely isn’t for you.

A compact folded size is of course the entire design goal of the Ascend and is where it really shines.  It is only slightly larger in diameter than its brother, the TFC-14 which lacks a center column entirely.  This makes it much easier to strap to the side of a pack or throw in a bag than more common reverse folding tripods.  If you don’t really care about this, you’re probably better off with a traditional reverse folding design.  If you do want a compact travel tripod with a center column though, the Ascend is one of your few options.

The contents of the box are somewhat meager.  The ascend comes nicely wrapped in a thick plastic bag, includes an instruction manual, and a set of hex wrenches.  I do not mind this minimalist approach as I find the array of accessories that often come with tripods of limited use, and would rather see the manufacturer save cost and leave them out.  On a $1150 tripod though, such an argument seems a bit out of place.  If you are spending that kind of money on a travel tripod though, you also probably aren’t going to lose sleep over the cost of whatever accessories you need. 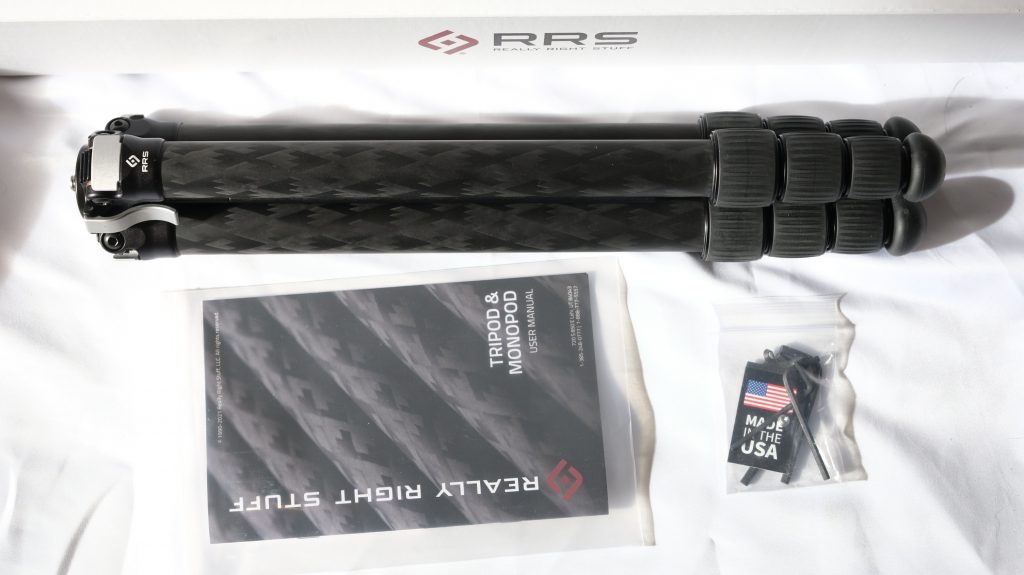