The GH2780 is a now discontinued ball head from Gitzo.  As such, this review will be brief.  Like many of Gitzo’s heads, the GH2780 is a beautifully designed head with innovative features, coupled with an Achilles heel.  Here are the specs:

The GH2780 is decently lightweight.  It comes in just under a pound which puts it right in line with other mid-size ball heads.  This is a great head for an all purpose or possibly travel tripod.  It is too small for a systematic tripod however.  The stiffness isn’t quite as good as we would hope for out of a head of this weight.  As can be seen from the head rankings, many of the GH2780’s midsize peers perform significantly better.  The stiffness certainly isn’t bad (and it is better than Gitzo’s more recent offerings), it just isn’t at the cutting edge. 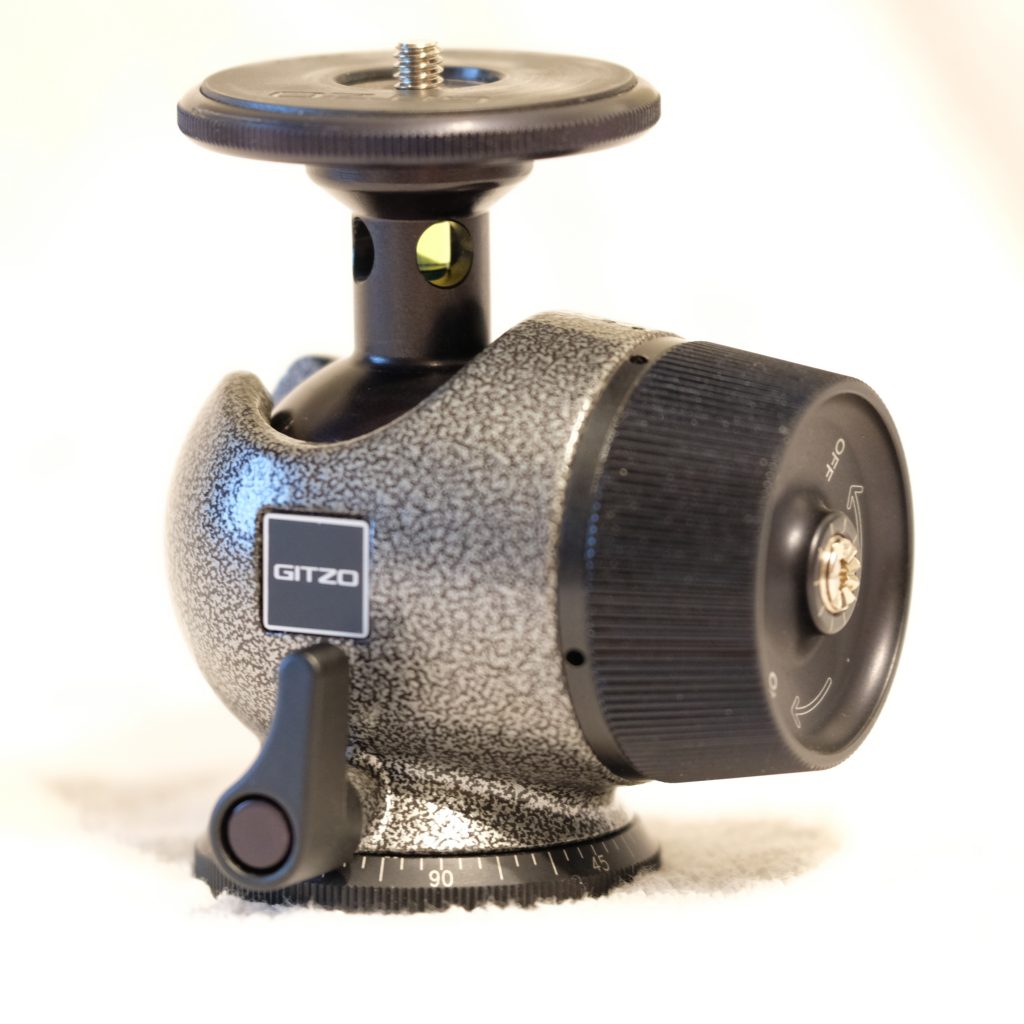 Overall I really like the design and ergonomics of the GH2780.  The lock knob is massive and easy to locate by feel, when the eyes are otherwise occupied with a viewfinder.  Most ballheads lock the ball by applying force from underneath.  The side lock of the Gitzo allows for a very compact design that incorporates a larger ball than we typically see in heads of this weight.  This also allows the center of rotation to be closer to the apex of the tripod, which tends to the reduce the amount of torque placed on the system.  I think Gitzo really has a winner in the design of the GH2780, and its a shame that they strayed away from and back to a more traditional one with their newer heads.

The placement of the bubble level in the stem of the ballhead is truly boneheaded.  First, the bubble level itself is only useful when the head is in portrait orientation.  Second, the bubble level is difficult to read as it is surrounded by the metal of the stem.  Third, and most importantly, there are holes in the stem to allow viewing access to the bubble level.  The stem is the weakest part of a head so removing mass here is incredibly problematic.  I believe that this is why we don’t see quite the stiffness we expect from a head of this size.

The GH2780 is a very decent ball head and should serve most people well.  It performs better than Gitzo’s current line of ball heads, due to a different but also boneheaded set of design decisions.   If you can find the GH2780 for a good price, I recommend it.  It is well built, performs decently, and should serve you well.  It just isn’t at the cutting edge of performance. The GH2780 can still occasionally be found new, but more often found used.