The CP38-L4 is the largest of FLM’s new line of ‘Series II’ tripods.  The predecessor to the CP38-L4, the FLM ‘Berlin’ tripod, tested very well from with regards to performance, but was a little bit short and a little bit heavy.  In the CP38-L4, FLM has managed to maintain the excellent performance of the Berlin while simultaneously making it taller and lighter.  This has resulted in one of the best scoring tripods I have tested, and one that should be on the shortlist for anyone looking for a full size tripod.

This tripod was kindly lent to me for test and review by FLM Canada.  I was not paid by any party to write this review, and the opinions are entirely my own.

The CP38-L4 is a big tripod.  It is tall enough to get the camera comfortably overhead for most people, and the tubing is fat enough to keep it steady while doing so.  Despite this, the tripod manages to weigh under 5 lbs.  That may sound like a lot when compared to travel tripods, but it is on the lighter side when compared to tripods of similar capabilities and dimension.

The CP38-L4 includes a hex key for tightening the setscrews on the top plate and a set of spikes for using the tripod on loose surfaces.  Unlike most spikes that are included for free with a tripod, these are of a reasonable length that will be appropriate for surfaces such as sand and snow. 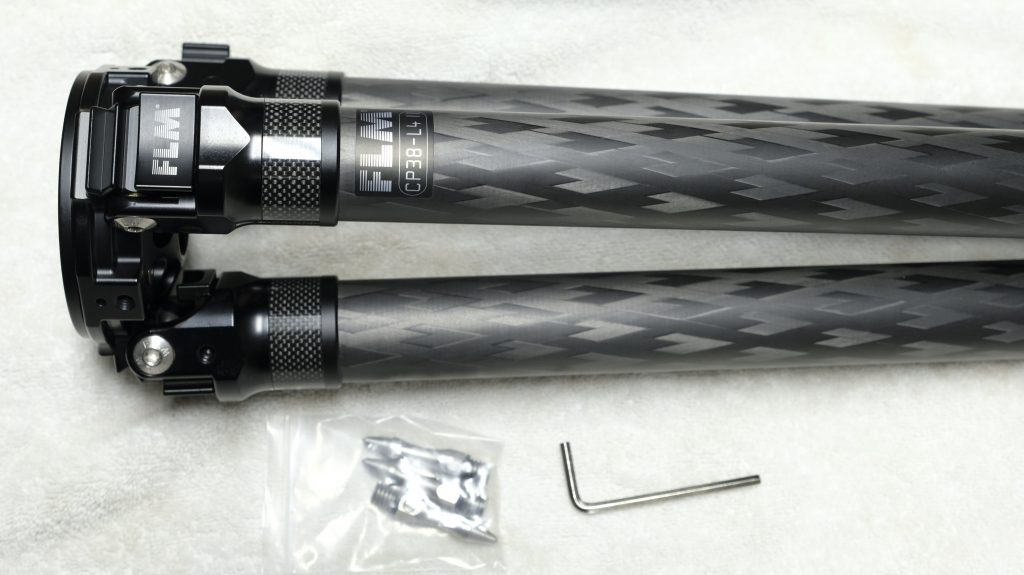