The CP34-L4 II is a tall systematic style tripod from FLM.  FLM has been updating its line of tripods into the modern era and so far have presented offerings that represent a compelling combination of height, weight, and stability.  The CP34-L4 is no exception that.  We have another tripod that is surprisingly portable given its capabilities.

The CP34-L4 is essentially a lighter version of the CP38-L4 we reviewed previously.  While the CP38 is mostly aptly categorized as a series 4 tripod, the CP34 is most comparable to a series 3.  It has smaller tubes and a smaller video bowl resulting in a lighter, but also less stable package.  Due to the similarities between the two tripods, significant portions of this review will be identical to that of the larger model.

This tripod was generously loaned to me for review by FLM Canada.  I was not paid for this review and all opinions are my own and are based largely on the raw test data presented in this review.

Here are the specifications.  All data presented here with the exception of the weight rating is measured, not provided by the manufacturer.

As alluded to above, the most notable aspect of the specifications is the relatively low weight of the tripod given its tube diameters and height.  4.18 lbs (1.894 kgs) is light for any series 3 tripod, much less a ‘tall’ version that reaches above head height.  Integrating the video bowl into the apex has allowed FLM to make the apex a little bit smaller as well, reducing the folded volume.  It is still no travel tripod, but is rather portable for a tripod in this category.

The contents of the box are fairly sparse.  The tripod comes nicely packaged and includes a set of spiked feet and an allen wrench. 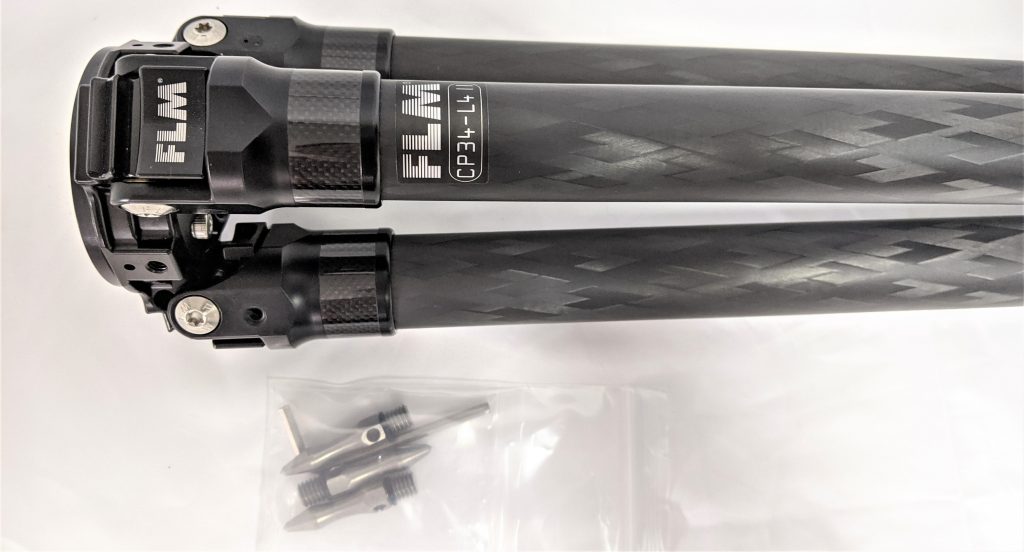 I prefer this approach as the accessories included with tripods are often poorly made and/or useless.  Few people use a carry case with their tripod, much less a poorly made one.  For a discussion of the spikes shown here, see the next page.