The FLM CP30-L4 II features the modern center column free design that was pioneered by Really Right Stuff (RRS) and has now spread to quite a few smaller tripods.  Removing the center column allows the designer to shed weight and size, all while making the tripod a little bit stiffer.  This is a recipe for success in the rankings on this site.  Unlike some other models, the FLM unfortunately has no option for adding a center column.  If you think you may want a center column in the future, or for occasional use, this probably isn’t the right tripod for you.  If you don’t want a center column, the FLM will be a fantastic option.  Given the height of the CP30-L4 it is unlikely you would need the additional reach that a center column can provide anyways. 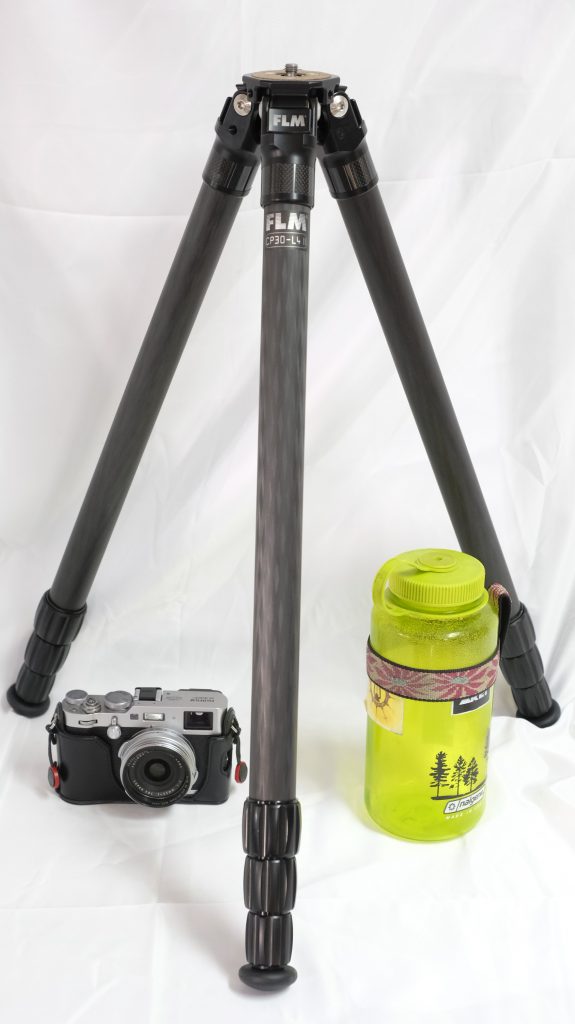 The build quality of the FLM is excellent.  This is where the value of the CP30-L4 really becomes apparent.  The aluminum parts are precisely machined and nicely finished with a hard anodization.  This level of fit and finish are nearly the equal of the highest priced tripods, and significantly better than any other tripod I have tested in this price range.  I can still notice a small difference between the FLM and RRS when handling them side by side.  Again though, its a small difference, and not one that you would realistically notice when handling the tripod in the field.  This is high praise.  I’m impressed by the level of quality FLM has achieved at this price.

The leg locks are of the ubiquitous twist lock variety.  The locking feel of these is merely average.  There is no problem with performance, but it doesn’t have quite the same snug feeling that one gets from RRS and Gitzo.  The exterior of the lock is bare metal, not covered by a rubber grip as is typically seen.  The grooves provide plenty of friction with a hand to properly tighten the lock with a bare hand, though it may be an issue with some soft gloves.  I typically prefer rubber on the locks, but this is personal, and you may feel differently. 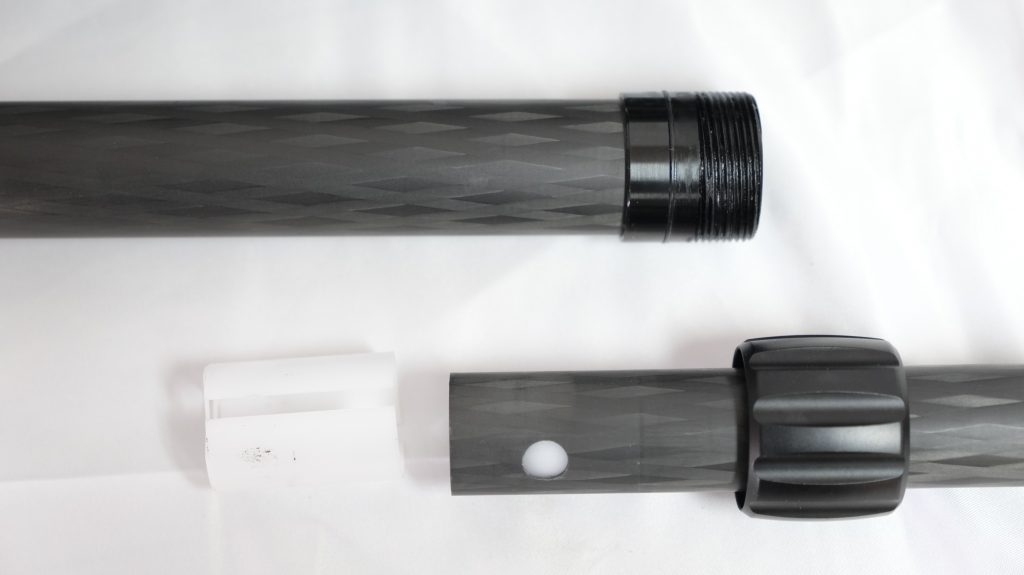 The included feet are of the rubber teardrop variety, and screw into the bottom of the last leg section via a standard 3/8″-16 screw thread.  These are my favorite style feet as they are both compact and versatile.  Their wide stance also allows the foot to maintain contact with the ground even when the legs are spread to their widest setting for low-angle shots.  A set of spikes are included for use on soft or slippery surfaces.  These are fairly long compared to most spikes typically included for free with a tripod.  They are long enough to provide a solid footing in sand and snow.  The downside of the length is that they make storage of the tripod when folded awkward.  Pick your poison.  Both sets of feet come with a rubber O ring to prevent dirt and water ingress.  This is a nice touch I haven’t seen often at this price point. 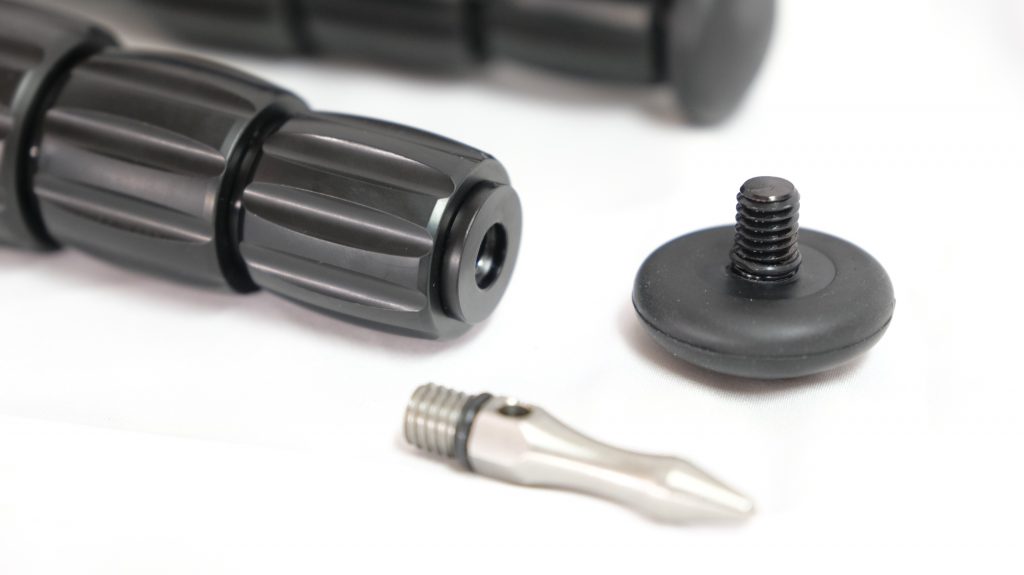 The top plate is a fairly simple affair with a couple nice details.  The piece of metal that makes up the top of the tripod is pretty small, but this presents no known issue from a stability perspective, and saves a significant amount of weight.  The plate is large enough to comfortably mate with most mid-sized ball heads.  There is a damping pad in the form of a FLM-specific mix of rubber and cork.  The claim is that this mix provides the damping performance of cork with the durability of rubber.  Its a nice material, but I don’t see any evidence of superior damping performance in this tripod.

My favorite detail on the top plate is the inclusion of nylon set screws to secure the head.  Many tripods include steel set screws to prevent the head from coming loose and provide a more rigid connection to the tripod, but these typically scratch up the base of the ball head.  Nylon ones don’t.  I wish every tripod did this. 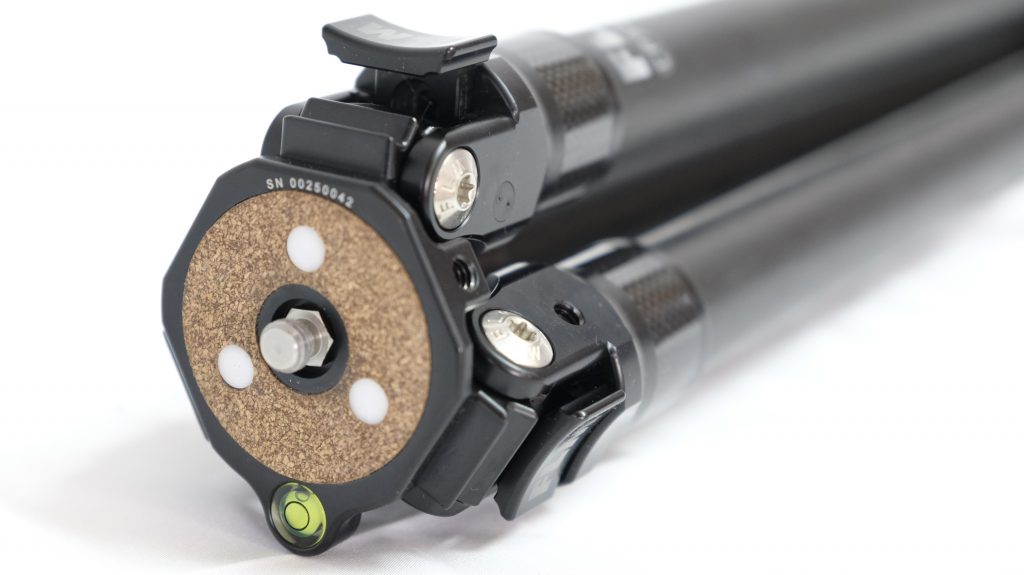 The FLM features pull out tabs to select the angle of the legs.  This a proved design, and is implemented well here.  The tabs are easy to grip and pull out.  They are spring loaded to stay open while moving the leg up and snap back in when moving it down.  No issues here. 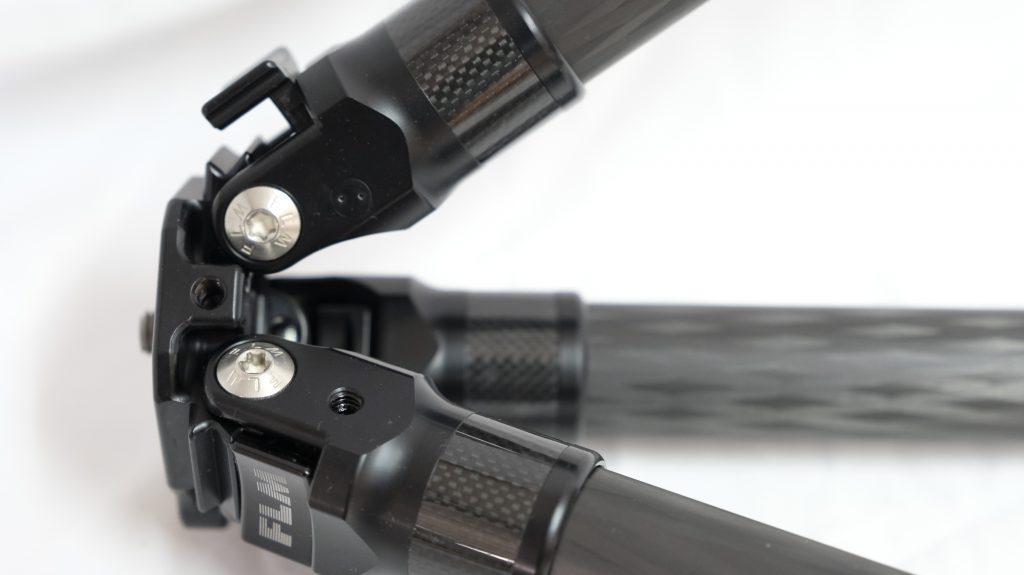 The CP30-L4 appears to feature the same Japanese carbon fiber tubing we have seen on several tripods now such as those from Leofoto and Colorado Tripod Co.  I can’t confirm that, but the external appearance and statements about the sourcing of the tubing (Toryaca) all point to a similar point of origin for the tubing.  While this tubing doesn’t appear to be quite as good as the best stuff we have seen, it does appear to offer the best price to performance ratio, and creates some of the best value tripods we have seen.  The FLM is no exception to that.