Every now and then we learn something when it isn’t expected.  This just happened to when testing the stiffness and damping of the  Jobu Design Killarney tripod.  The Killarney has a unique design for the feet.  Instead of feet that screw in via a standard 3/8″ thread, a solid metal spike is glued to the bottom leg tube and then a rubber cap is placed over the spike for normal use, as shown below: 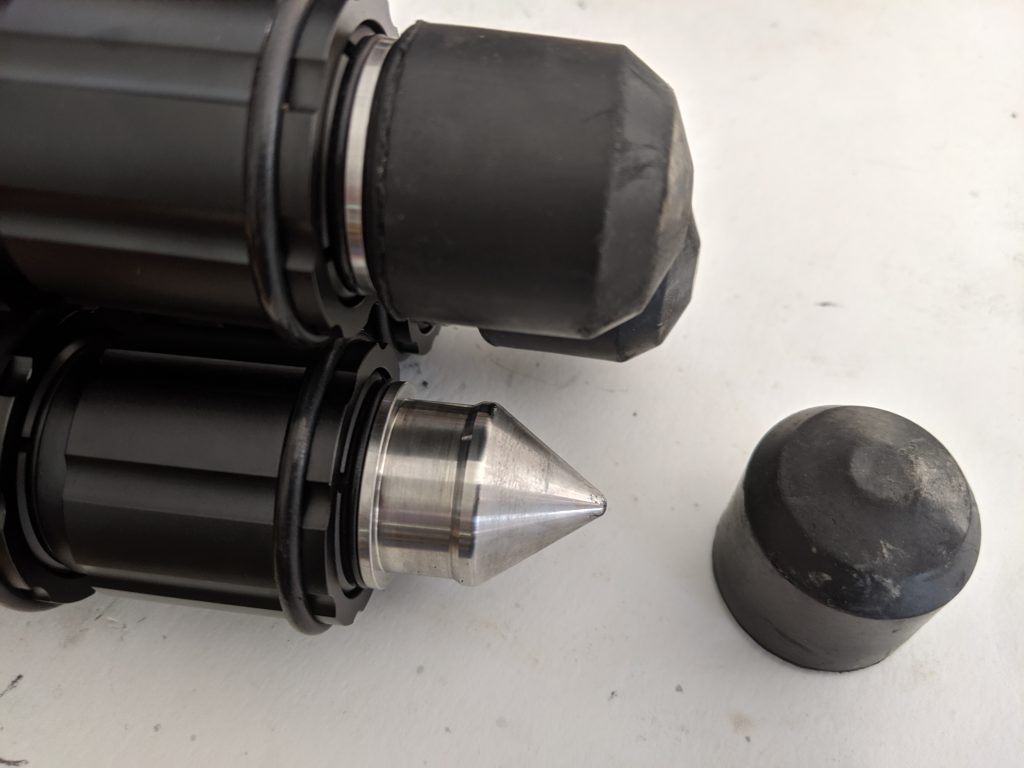 This rubber cap fits somewhat loosely.  So to make sure that I was getting the best possible performance out of the tripod, I removed the rubber caps and tested the tripod with the spikes on the concrete floor.  The results was a shockingly low amount of damping in the tripod.

Here is the damping and oscillation curve for the tripod with the rubber caps:

The damping here is poor, but not outside what I have seen in other tripods.  Now with the spiked feet: 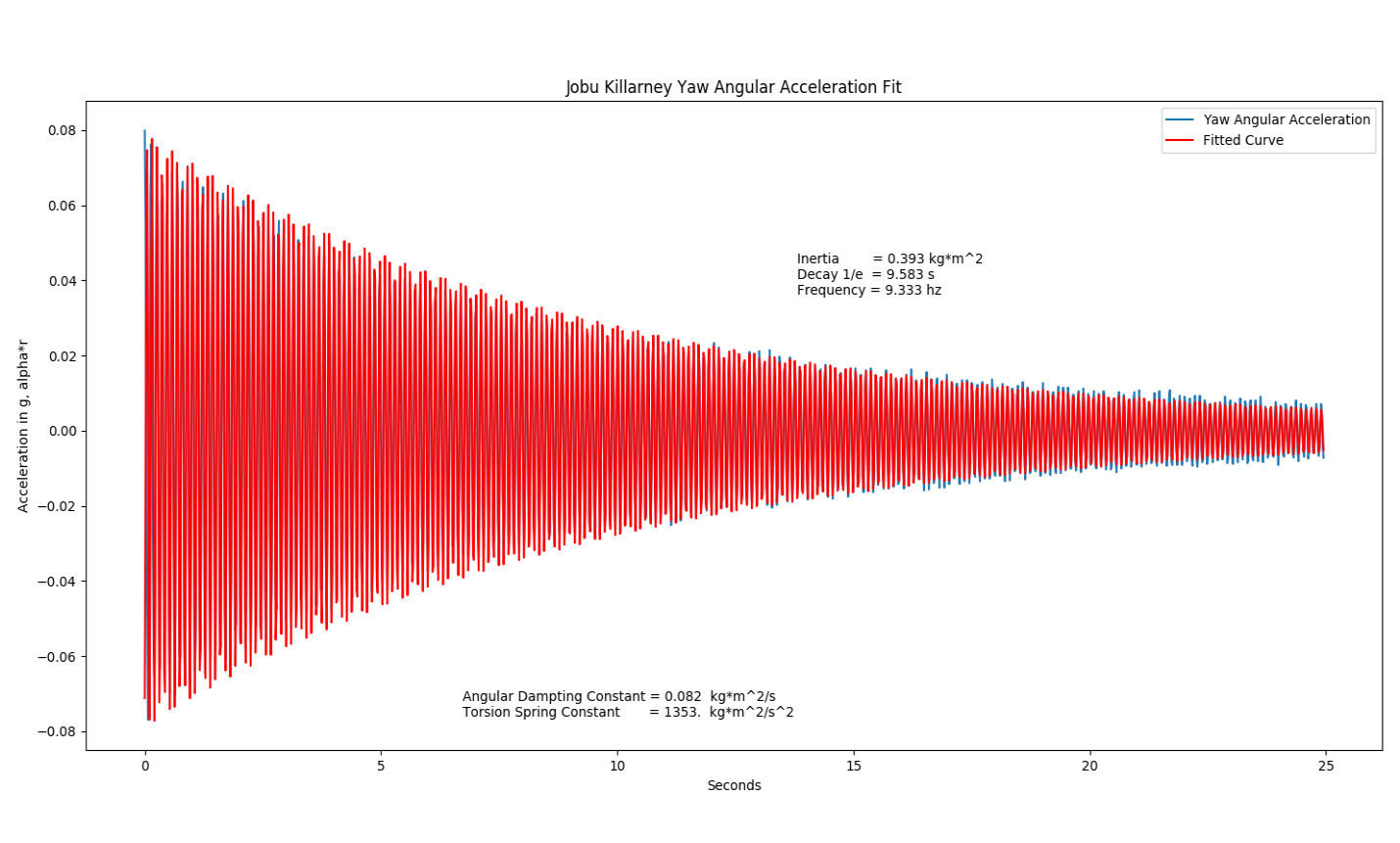 Note the difference in time scale.  The damping is about half, all the way down at 0.082 Js/rad.  This is beyond the point of being bad and actually becomes really cool.  Nearly half a minute later after the initial excitation, it is still vibrating.   Often, designers want as little energy loss in an oscillating system as possible, such as when building a clock.  You want the clock to run for a long time without needing to be wound up again.  For tripods though, we want the opposite, for those vibrations to damp as quickly as possible.

By removing the rubber feet, we have removed a major source of energy loss from the system.  The small amount of rubbing between the spike and the rubber, and the rubber and the floor, was accounting for about half of the damping in the system.  The sharp point of the spike directly on the hard concrete floor of my garage removed all of this friction and thus damping.  Note thought that the stiffness of the tripod increased slightly from 1308 to 1353 Nm/rad.  This increase in stiffness is likely not worth the massive loss in damping observed though.

I don’t mean to imply here that spikes are worse than rubber.  The story would probably be very different on a softer surface where they spike could actually embed itself somewhat into the ground.  Testing this further is on my to do list, but currently my test setup is confined to the lab, so it won’t happen soon.  We can probably safely conclude that spikes are not the best solution for use on firm surfaces.

This also tells us that the feet of a tripod can make a big difference in the damping performance.  I didn’t expect this as I have typically seen only marginal differences in the performance of the system based on foot type.  Here though, the Jobu Killarney has so little inherent damping to begin with that the damping effect of the feet is amplified.  This piques my curiosity as to whether a foot with exceptional damping performance is possible.