I just completed testing on the the MeFoto Backpacker Air, which has the ignominious crown of worst tripod as rated under my ranking system.  Its not even close, the next worst tripod is by any reasonable metric at least three times better.  This makes the Backpacker Air a perfect candidate to test a conjecture I have suspected to be true for a long time.  That is, under ideal conditions and using good technique, can sharp images be obtained with any tripod? 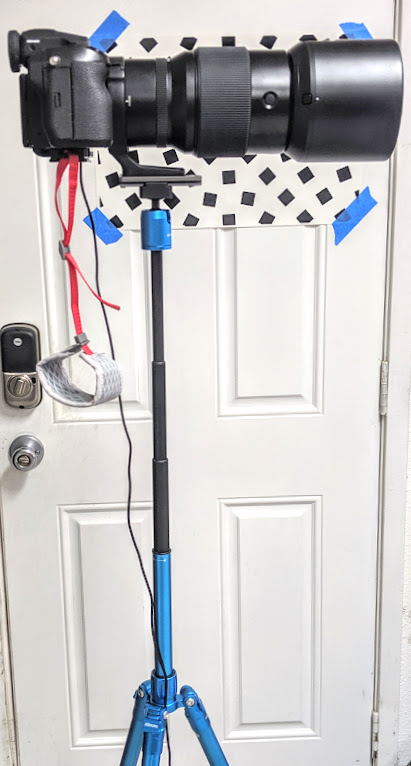 Theory suggests that when there are no external or internal forces acting upon the camera, a tripod with any non-zero stiffness (all of them) should be able to hold the camera steady.  Removing all external forces for this test isn’t particularly difficult.  I set the tripod up on my concrete slab garage floor.  There is no wind inside.  I set the camera to electronic shutter so that the mechanical shutter would not induce any vibration, and I used a cable release to trigger the exposure.  Technically there could be forces transmitted through the wire of the cable release, but I am assuming those to be negligible.

For this test, I chose to use my Fuji GFX 50S and 250mm GF.  This is the most demanding camera and lens combination that I own.  The 250mm GF lens is about as perfect as lenses come and the 50MP sensor on the camera is no slouch either.  Not that it matters, but this combination weighs in at 6.2 lbs (2.8 kg).  I could go on at great length about how bad the MeFoto Backpacker Air is as a tool designed for stability, and in the review I do.  For here, a simple picture of the setup shown on the right gets the message across.

I took images of an MTF test chart at ISO 100, F/8, and 2.5 second shutter speed.  Image stabilization on the lens was turned off.  The long exposure time should be sufficient to convincing.  I don’t think the results would be different if using any other reasonable exposure time.  The full image from the camera is shown below, obviously downsized for the web. 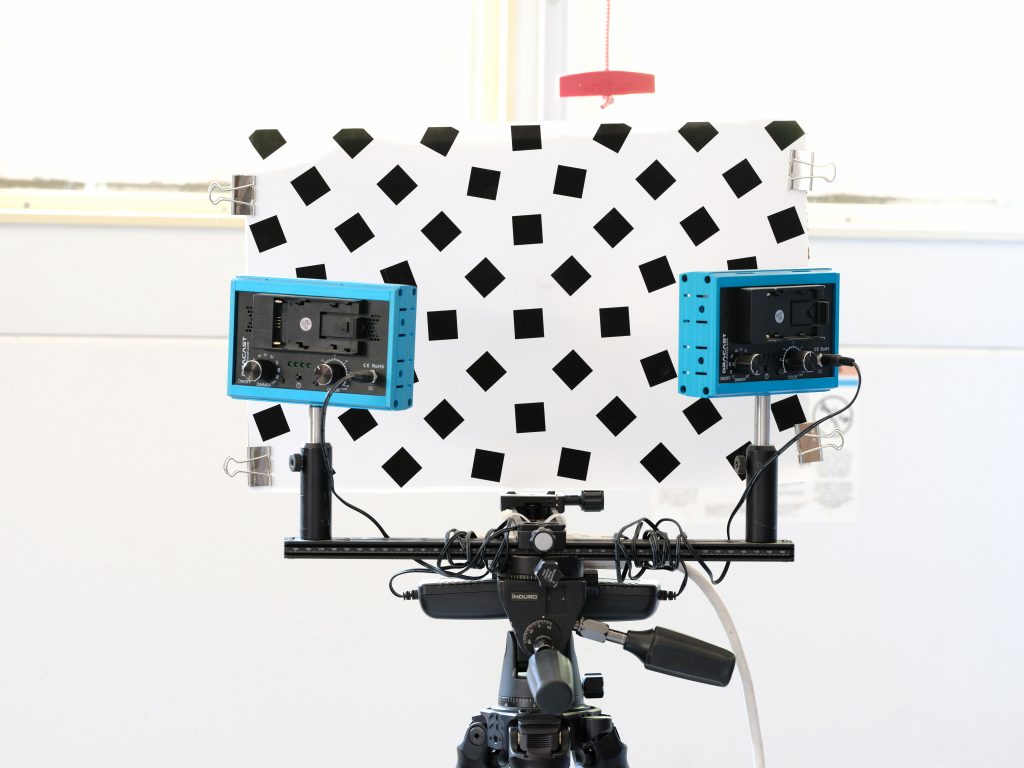 Next lets, take a look at a 100% crop.  I have sent the test chart through MTFmapper such that we have a quantitative metric on image sharpness. 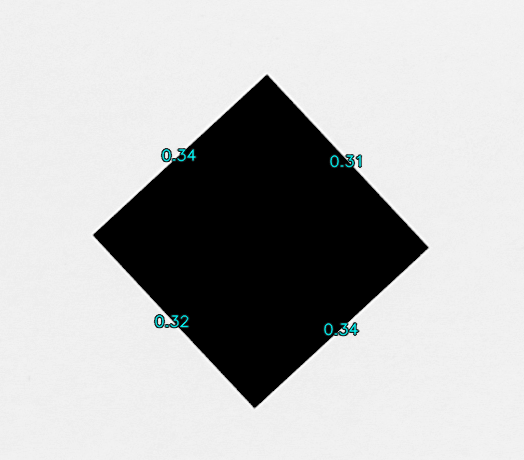 The annotations on each edge are showing the measured sharpness of the edge in cycles/pixel.  Anything above about 0.1 looks sharp to the human eye.  Above 0.2 is really sharp.  Around 0.3 is about as high as we see in practice.  0.5 is the theoretical maximum based on the Nyquist limit.  As we can see, we are getting really, really sharp images out of this camera and lens.  (Note that the MTF above is based on an out of camera JPEG, which has applied some sharpening.  So the numbers are a little higher than we would expect from RAW).

After letting the vibrations of the tripod settle, I was able to repeatedly achieve very sharp images such as the one above.  I took a couple dozen images.  All were perfectly sharp.  100% hit rate.

Since I know that someone is going to take this post and distort it into “tripods don’t matter”, let me be perfectly clear.  That is not what I am saying here.  I am saying that conditions and technique matter tremendously.  A better, stiffer tripod simply allows the user to obtain sharp images in a wider range of conditions and while using less than perfect technique.

I initially set out with this site trying to figure out how much tripod stiffness is necessary for a given camera and lens.  It is clear that I need to evolve that to “a given camera, lens, and conditions”.  It’s not as clean and simple, but will be more accurate.

7 thoughts on “Under Ideal Conditions, Sharp Images Can Be Obtained With Any Tripod”