In the last post, I looked at the effects on Bokeh from EFCS with the Fuji GFX 50s.  Due to the ES (electronic shutter) and MS (mechanical shutter) operating in different planes, out of focus areas in an image can become distorted.  The gap between the two shutters can allow for preferential acceptance of some angles of incoming rays versus others.  The magnitude of the effect will depend on the shutter speed, with faster producing a worse effect.

Unlike the GFX 50s, the X-H1 has no limit on how high of a shutter speed can be used with EFCS.  We should thus expect to be able to get much more visible differences between the MS and EFCS.  For this series of tests I am using the XF 35mm 1.4 @ F/1.4.  The camera is placed roughly 50cm from the target, and the lens is then focused to infinity to produce the maximum amount of bokeh.  Here is the image produced by the mechanical shutter at 1/8000s: 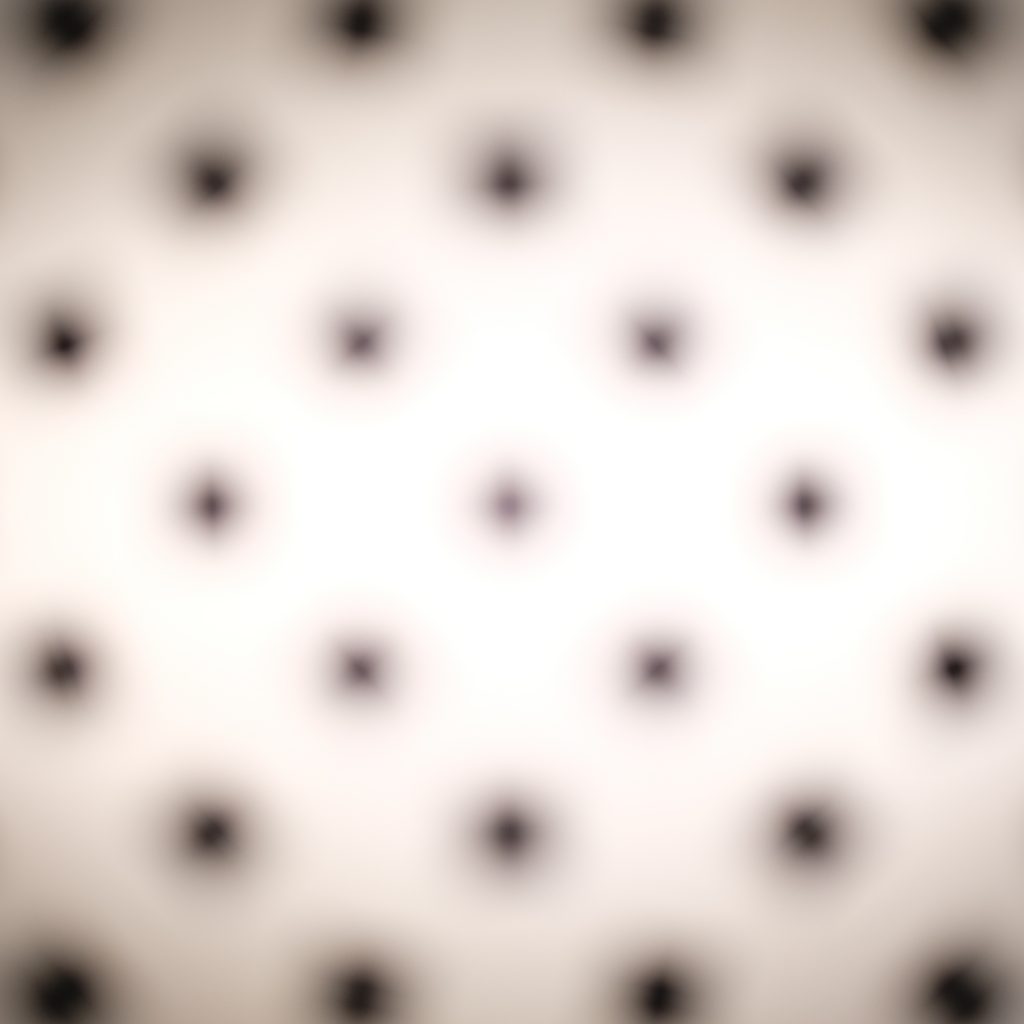 and now here is the same image produced with the EFCS: 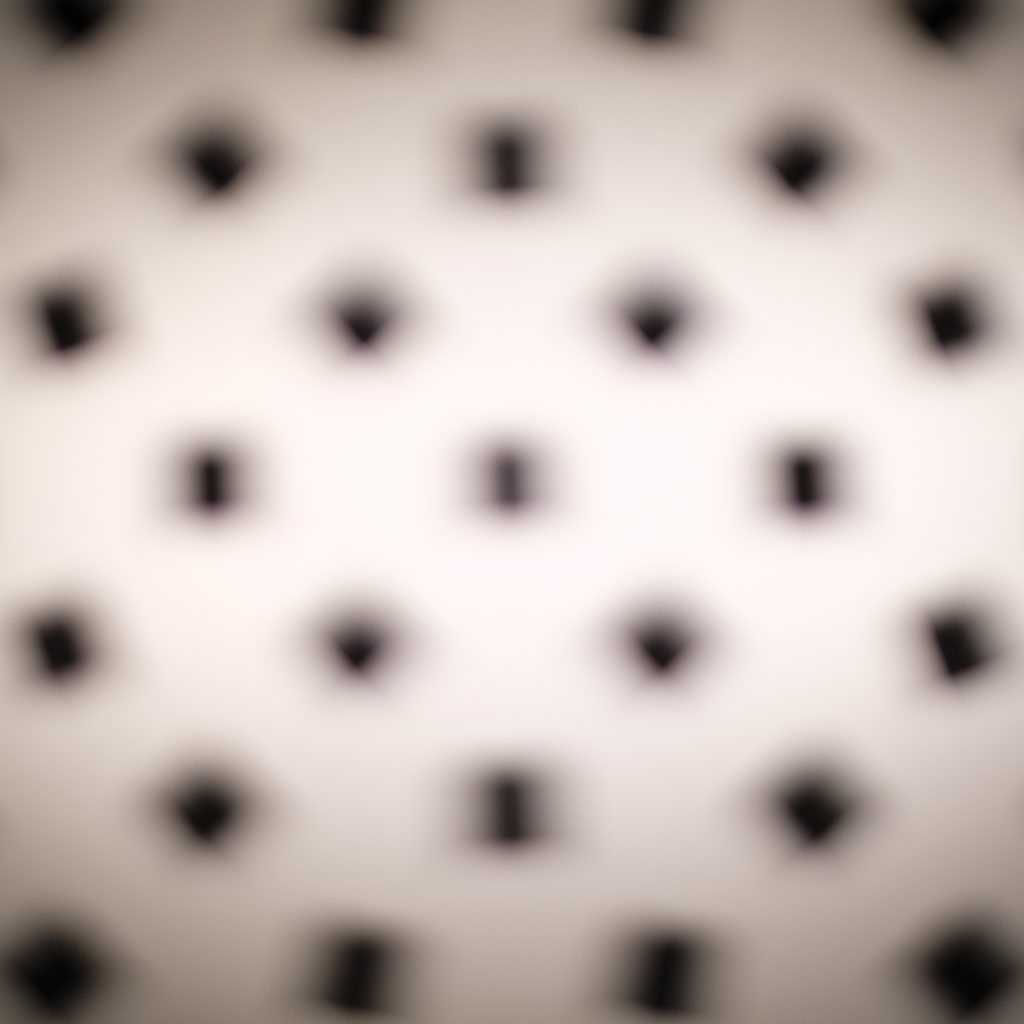 There is a clear difference and a clear degradation in the quality of the bokeh being produced.  We can get a finer look at the changes by taking a look at the difference image.  I simply subtract one image from the other, and the difference in pixel intensity between the images is then displayed as a change from neutral gray:

The black and cyan areas of the image are where the difference is exceeding the range.  This will go away shortly as we lower the shutter speed. 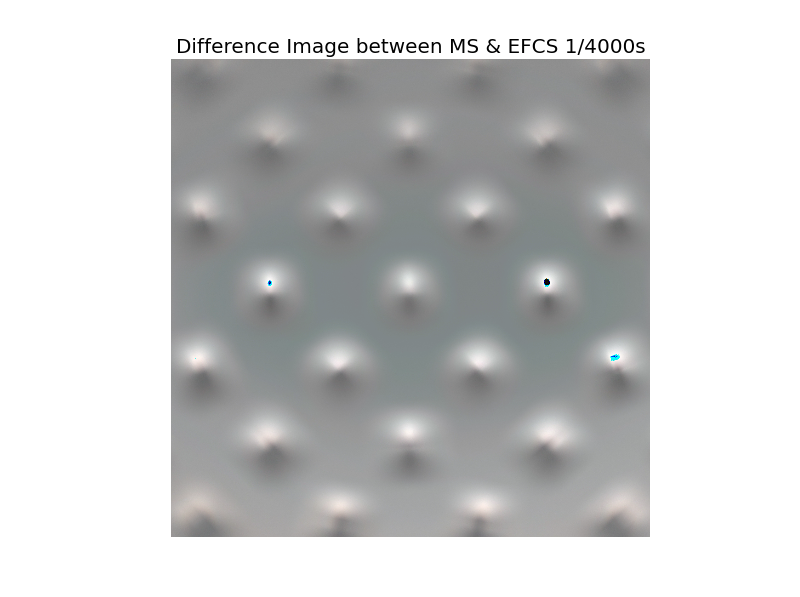 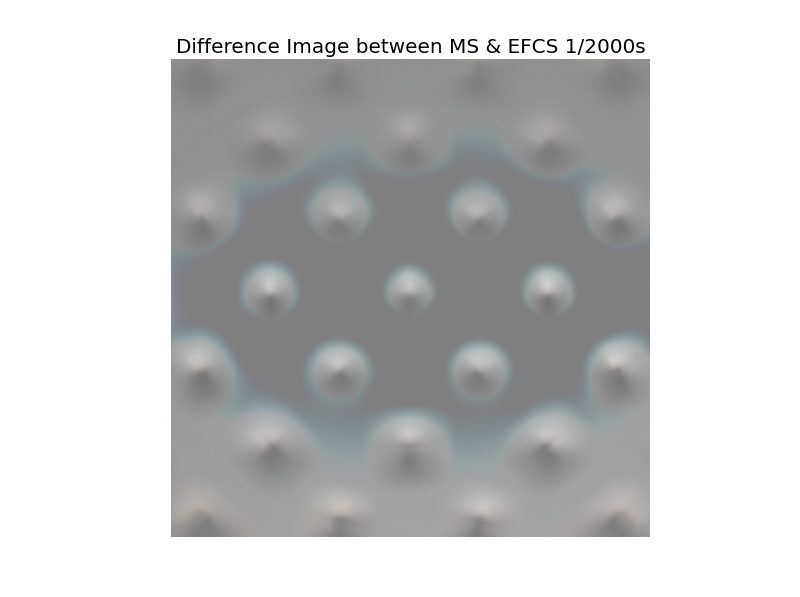 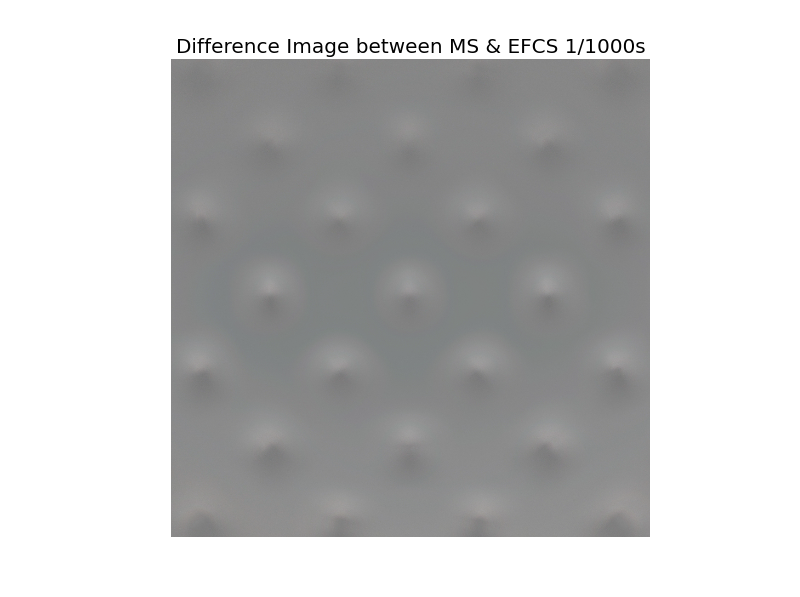 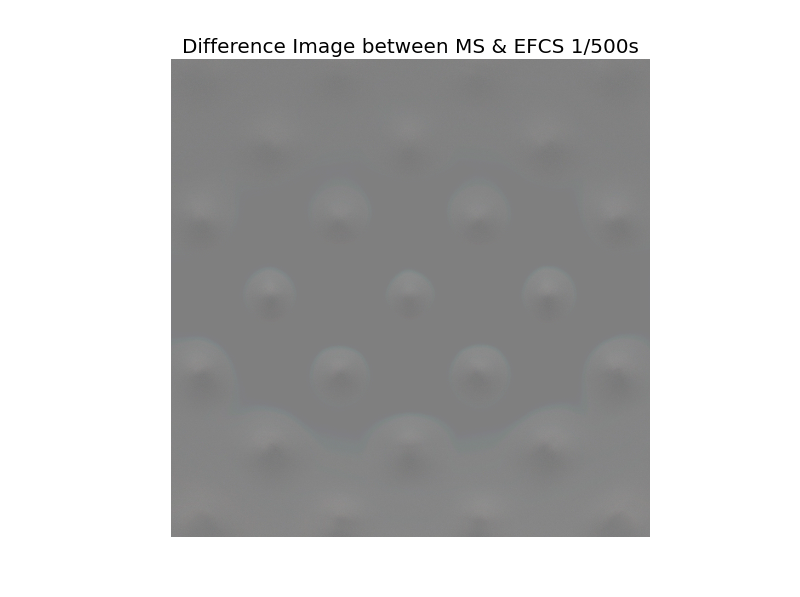 By 1/500s the image are nearly indistinguishable visually, though an effect can still be seen on the difference image. 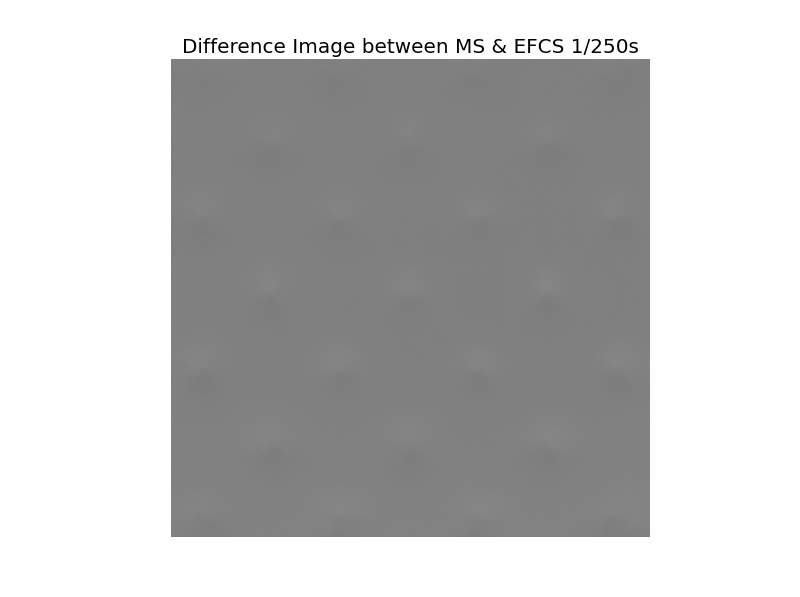 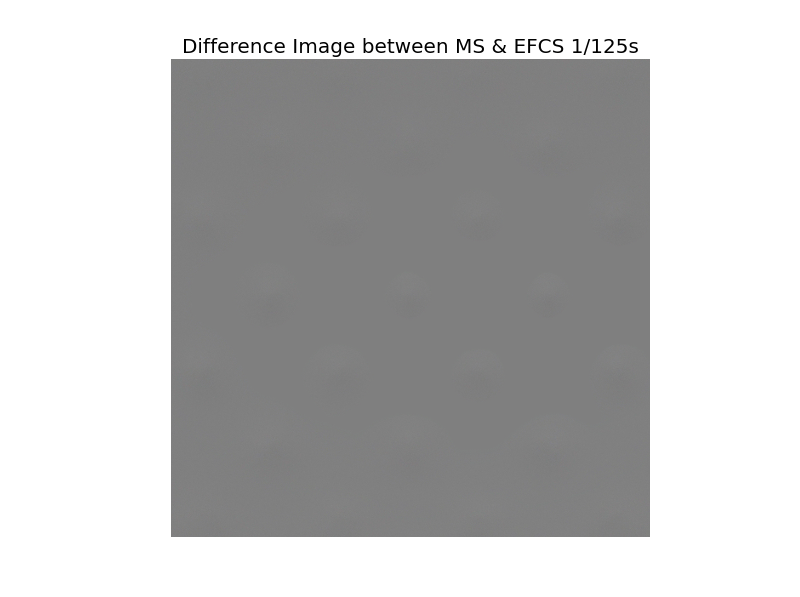 By 1/125s the EFCS effect can barely even be seen on the difference image, much less the actual pictures.

My recommendation is to only use EFCS up to 1/500s if you are concerned with the quality of bokeh in your images.  It seems very reasonable the GFX 50s switches to mechanical shutter for higher speeds.  There doesn’t appear to be much overlap between shutter speeds at which shutter shock is a problem and ones where EFCS produces shifts in the bokeh.  Importantly for our purposes, there doesn’t seem to be any reason not to use EFCS on a tripod.

One thought on “Bokeh and EFCS for the Fuji X-H1”