In Part II of this series, we saw that each tripod has an optimal range of ball head sizes that complement the performance of the legs.  While legs are typically less stiff than heads, a head that is too small will materially diminish the stiffness performance of the system.  On the other hand, a head that is too large is overkill and simply adds weight to the system, while achieving diminishing gains in overall stiffness.

It is impractical to look at the style of chart presented in part II, with one chart for each tripod, and try to draw any meaningful generalizations.  Instead, here I am going to calculate the optimal ball head for each tripod, and see how each compares to its tripod.  I am going to use the ‘good ball head’ model from part I.  If I used only the ball heads that I have tested, the optimal head for each tripod would always be one of the top three performing ‘outlier’ heads discussed previously.  Thus, the good ball head model will allow for a more continuous result.  Needless to say, all of this analysis is pretty rough and we are throwing various approximations around.  The goal here isn’t to get absolute precision, but simply to understand the rough range of ball heads one should be looking for.

For each set of tripod legs that I have tested, I calculated the optimum ball head.  The relative stiffness’ of the head and legs is shown in the plot below.  Each blue dot represents a tested tripod. 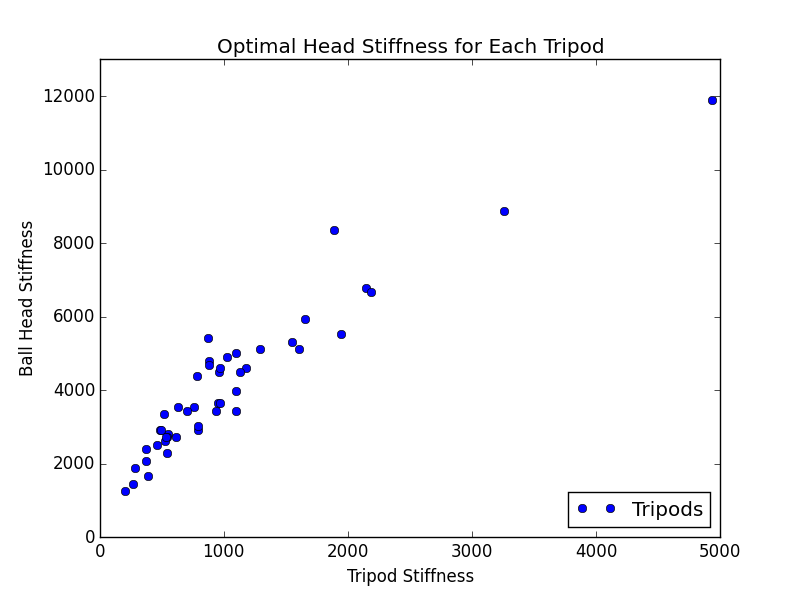 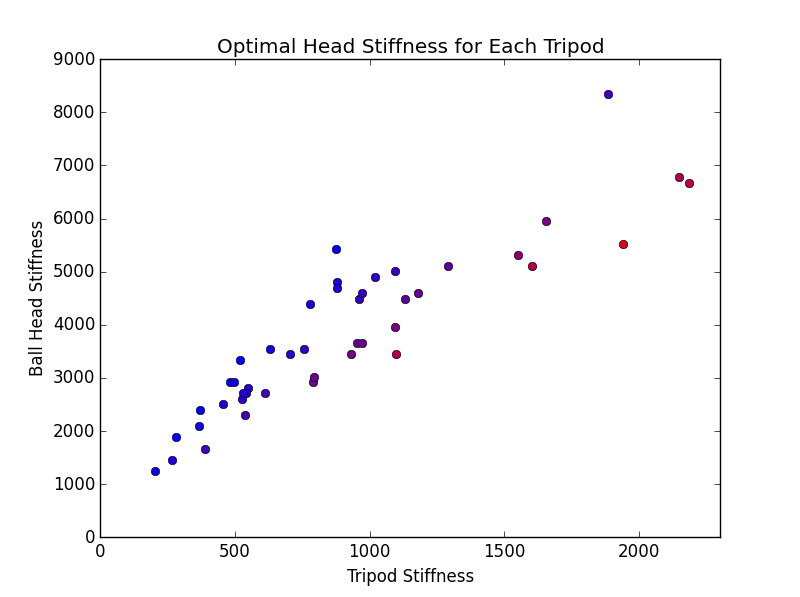 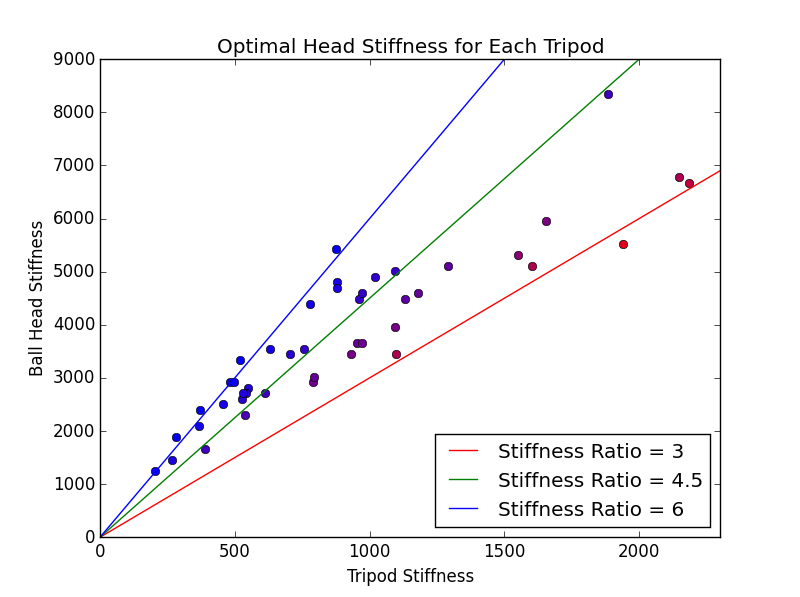 So, our takeaway is that you should be looking for a ball head that is a minimum of three times the stiffness of the legs.  If you don’t have the absolute best legs, this number bumps up a little bit.  Its also worth noting that these optimums exist on top of a fairly broad and flat distribution, as seen in part II of this series.  It tends not to matter too much if you get a head that isn’t quite at the optimum.  I recommend erring on the stiffer side, as bigger ball heads tend to have better ergonomics.  Also, if you are really looking to eke every possible gain out of the stiffness/weight ratio of the combined tripod-head system, it is more important to get a head with a good stiffness/weight ratio than getting the head/tripod stiffness ratio perfect.