I recently had the chance to test the stiffness vs height for the Really Right Stuff TVC 34L and TVC24L tripods.  I previously described the models for the stiffness vs height fits and tested a number of tripods, including the RRS TVC 33 and RRS TVC 23.  This presents a unique opportunity.  These two sets of tripods are basically equivalent, except that the four section ‘long’ versions have an extra bottom leg section, of course causing them to become much taller.  These will thus provide a unique comparison.  First, here are the stiffness vs height results for the two long tripods: 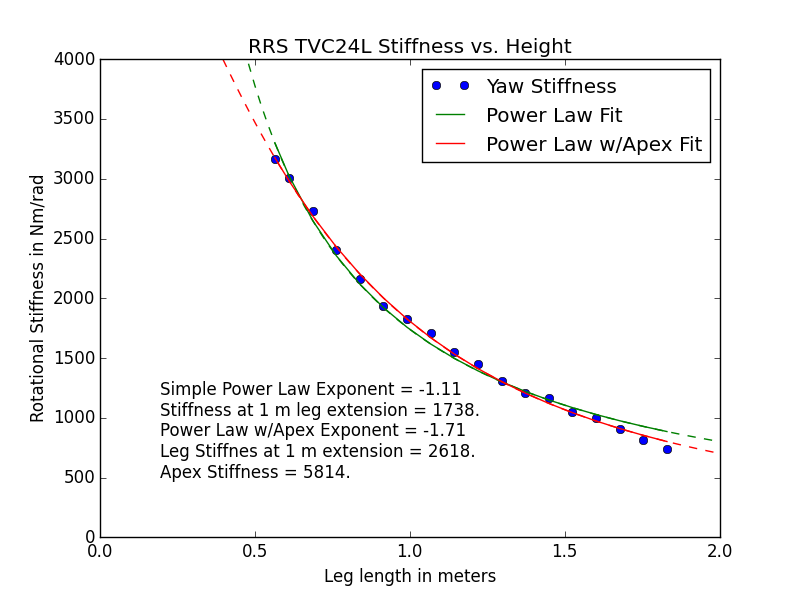 These are very similar to the other RRS tripods in terms of the fitted exponents and for the TVC34L, the apex stiffness.  The fitted apex stiffness for the TVC24L is quite different from the TVC-23, which came in at 9504, as opposed to the 5814 seen here.  Given that the apexes for these two tripods are actually identical, this reinforces the notion that this fitted number does not actually reflect the stiffness of the apex, but instead some other undetermined aspect of the tripod.  The factor is still clearly important towards getting a good fit.

Now lets overlay the data for the similar tripods: 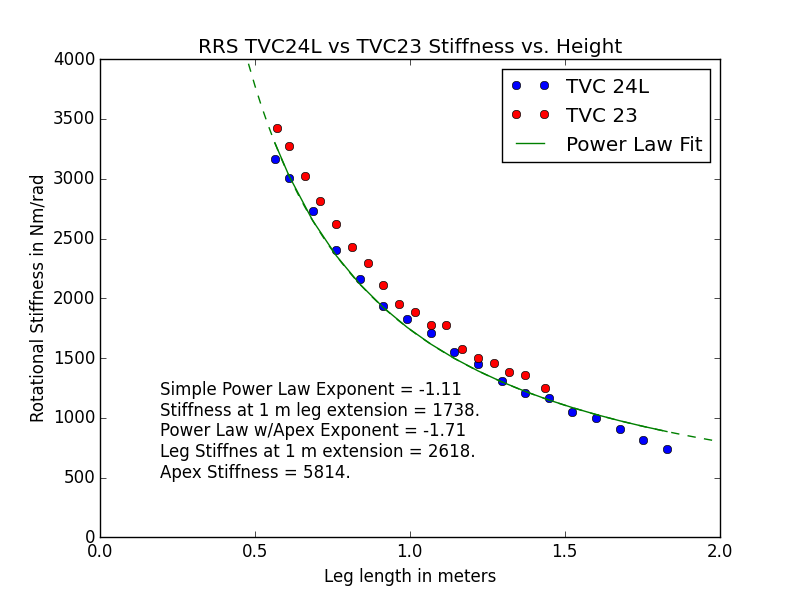 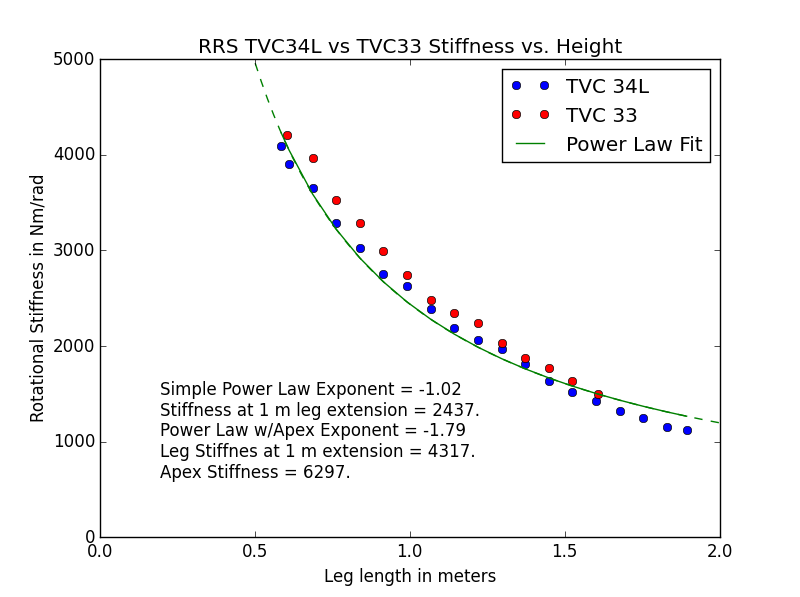 So, if you need the height of the long version occasionally, but will most use the tripod at the same height as the three section version, fear not.  The stiffness numbers are quite similar at the same height.  The four section versions are slightly heavier and more expensive, and slightly less stiff.  These are small trade offs though given the added versatility, and I thus expect the long versions to be very popular.