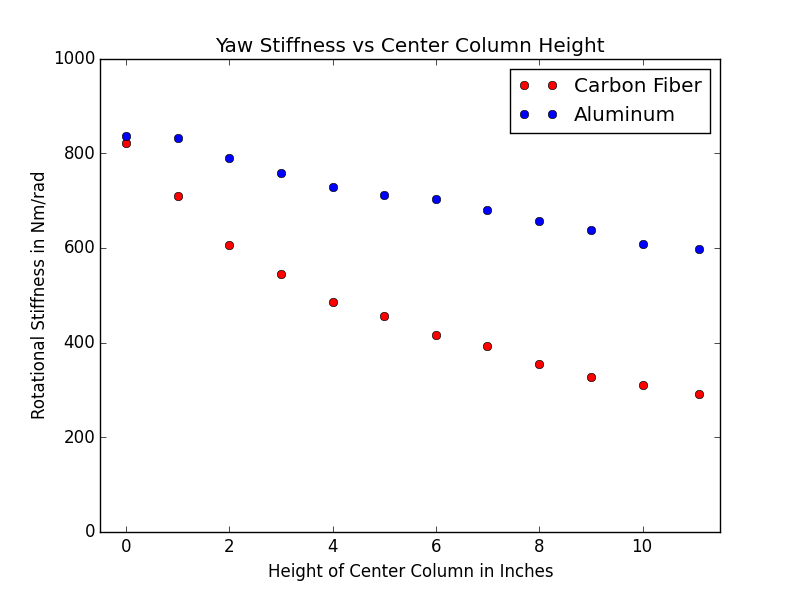 I have been occasionally testing the stiffness vs center column extension for various tripods, finding fairly consistent results.  Recently though, I tested the center column stiffness on the Really Right Stuff TQC-14 and was surprised to find that the yaw (side to side motions) stiffness dropped off dramatically less than I had seen for the other tripods, while the pitch (vertical camera motions) stiffness seemed to fall more than expected.  The only difference between the TQC-14 and the other tripods I had tested is that the TQC-14 has an aluminum center column.  I saw the same behavior with the aluminum center column on the RRS TVC-23.  At face value, this seems odd.  Carbon fiber is stiffer and lighter than aluminum, so why would a premier manufacturer such as RRS use aluminum?  Well, the data seems to suggest it performs better, but its hard to know whether this is simply due to a different, unidentified aspect of RRS construction.

Enter the Manfrotto MT055 tripods.  I happened to have both the carbon fiber MT055CXPRO3 and aluminum MT055XPRO3 versions on hand, each with a center column material to match the legs.  I decided to do the same stiffness vs center column height test for the aluminum and carbon center columns, both while installed on the carbon fiber CXPRO3 legs.  The apexes are identical for both tripods, so it shouldn’t matter which tripod the test is conducted on.  Using the stiffer carbon legs simply accentuates the flexibility of the center column.  Here are the test results as I traditionally present them: 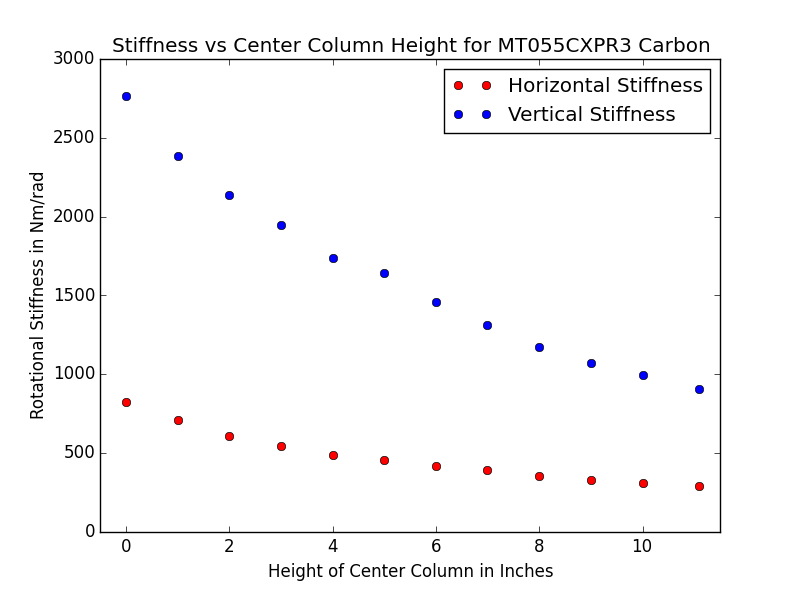 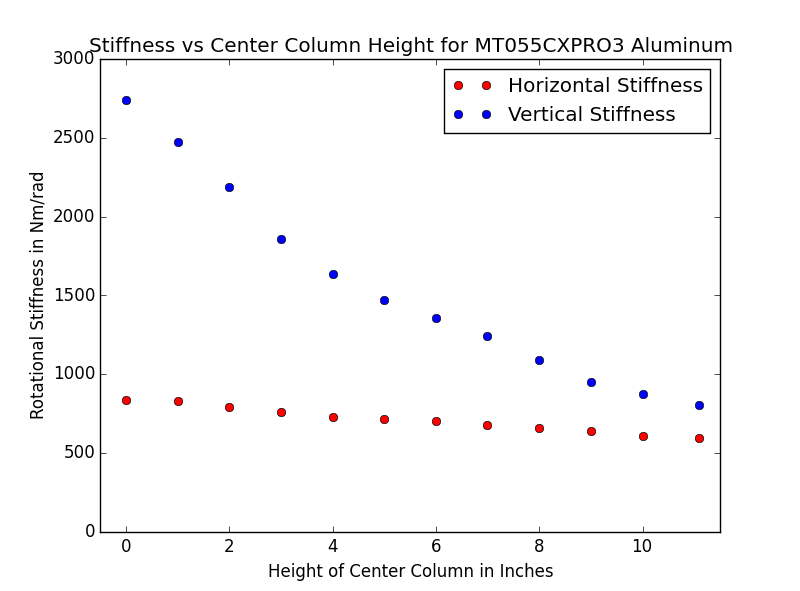 It is immediately obvious that aluminum center column performs better in the yaw (horizontal) stiffness.  The pitch (vertical stiffness) is harder to see.  So lets compare the results in a more natural way for this test, head to head.  Here is the yaw stiffness: 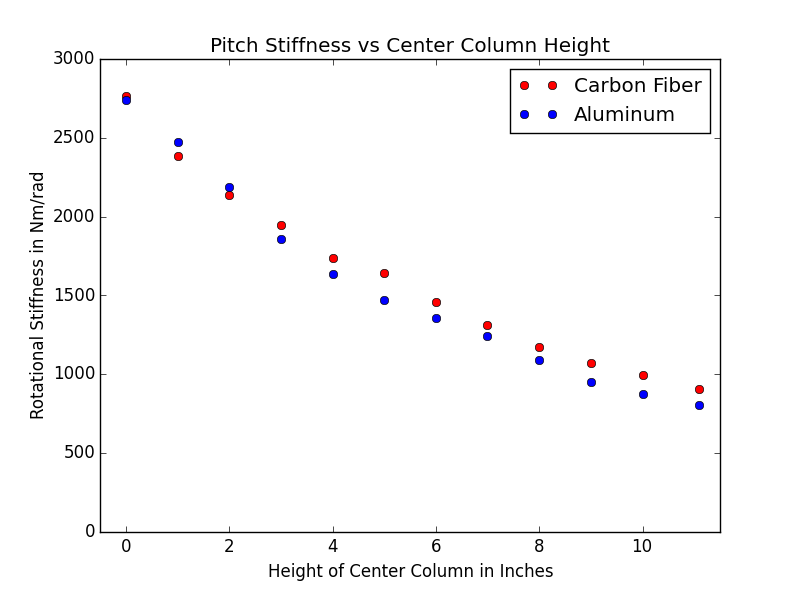 The results for the pitch stiffness are much less dramatic, and pretty similar to each other.  Both tripods lose about 70% of their pitch stiffness when the center column is extended to maximum height, with the aluminum one losing a couple percentage points more.

This brings up the natural question, why don’t manufacturers use aluminum instead of carbon fiber in the center columns of their carbon fiber tripod?  Clearly aluminum appears to be the better choice from a stiffness perspective.  The weight difference is negligible.  I measured it at 15 grams, with the aluminum of course being heavier.  The increase in stiffness is plenty to justify that weight increase.  This leaves us with some poor explanations.  Perhaps some tripod manufacturers simply are unaware, and simply use carbon fiber because everyone says its better.  Perhaps they know aluminum is better but that their customers think carbon is better, so use carbon.