The test results for the RRS TVC-23 are posted here.  The TVC-23 is a three leg section, no center column, carbon tripod, all of the ingredients necessary for a high performing tripod.  And indeed, it performs very well, completely outstripping everything else in the “All Purpose” class.

While testing the TVC-23, I made a discovery about damping in tripods.  I have tested several tripods now that have damping an order of magnitude above what I typically see.  The TVC-23 was about to become another: 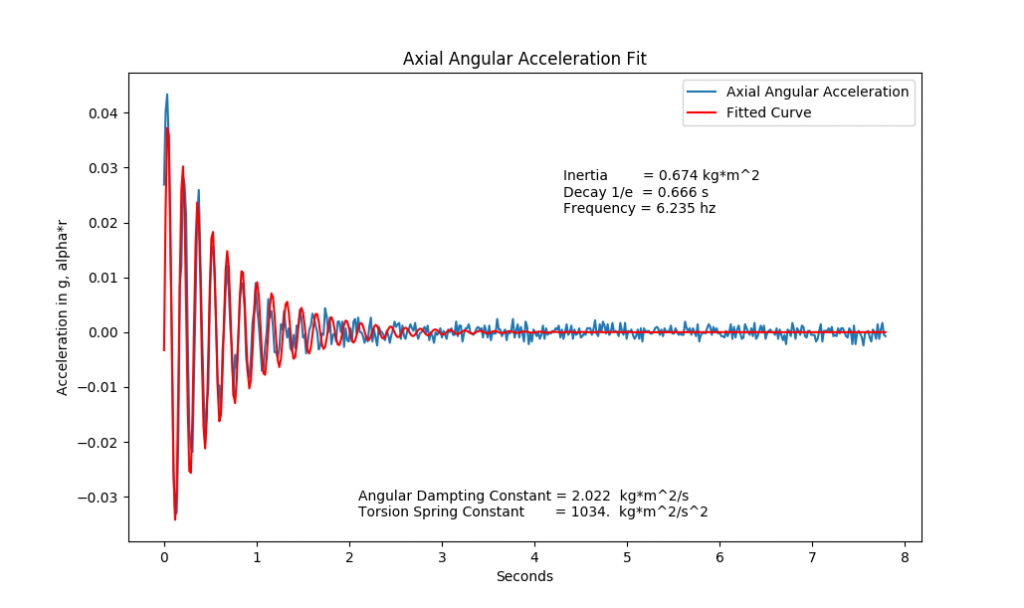 The oscillations damp down incredibly fast.  In general, this is very desirable behavior.  We want vibrations to damp down quickly.   What struck me as odd though is that other RRS tripods did not exhibit this type of performance.  Upon further inspection of the motion of the tripod, it became apparent that there was a little bit of play between the testing bar and the apex, caused by the grip pad on top of the apex.  The grip pad would deform slightly as the camera bar used for testing oscillated back and forth.  This is exactly the kind of inelastic behavior I expect to produce damping.

Anecdotally, I had seen this effect before in tripods.  When something was a little loose, or not quite screwed down tight, the tripod experienced much higher levels of damping.  This makes sense, but I didn’t think too much of it at the time.  For the RRS TVC-23, I decided to attempt to firm up the connection between the tripod top plate and the camera bar by using a couple 1/4-20 set screws that can screw through the top plate (these are not included with the tripod by the way).  The resulting stiffness test: 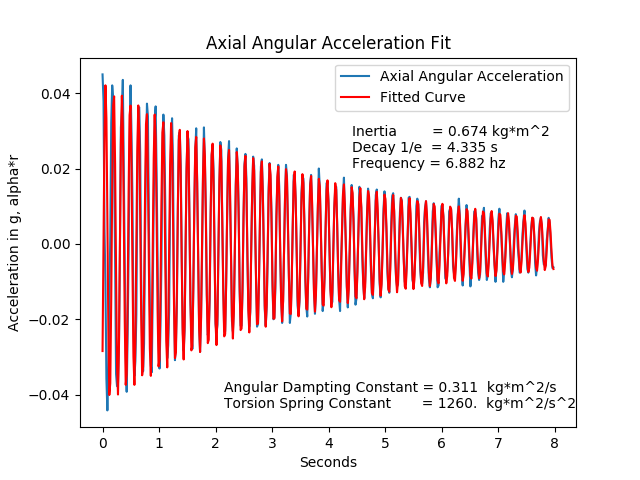 That is a massive change from before.  The stiffness has increased significantly, up by about 20%.  The most clear affect is on the damping though.  The damping fell by a whopping 85%.  Which performance is better depends on conditions and the amount of rotational inertia on the tripod (the subject of a future post).

So, we have learned that the little pad on the top plate can make a massive difference to the damping in the system.  In such tripods where I have observed a lot of damping, it is mostly due to this little pad.  The Manfrotto tripods have always tested poorly in the damping category, and they are also some of the only tripods to have bare machined aluminum on their top plate.  Interesting.

Going forward, I will make sure to use set screws when necessary.  I’m not saying this is optimal for photography, but it is optimal for getting consistent, comparable, and repeatable test results.  Improving damping, and the tradeoff between stiffness and damping will be explored further in future posts.