In the previous post I looked at the stiffness and damping of a tripod versus that amount of weight suspended beneath it.  I was only looking at axial (side to side) rotations and found that hanging weight made no difference.  I only looked at this direction of motion since it is where tripods are weakest, and thus where any difference will be noticed.  There could be situations in which only vertical motions would induced on the tripod.  Thus, I realized it was important to look at radial (up and down) motions as well.  Here are the results: 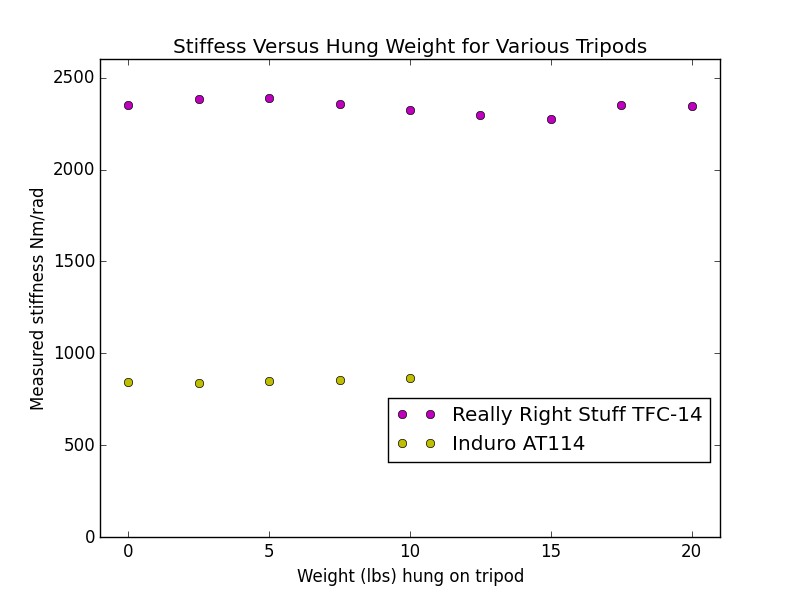 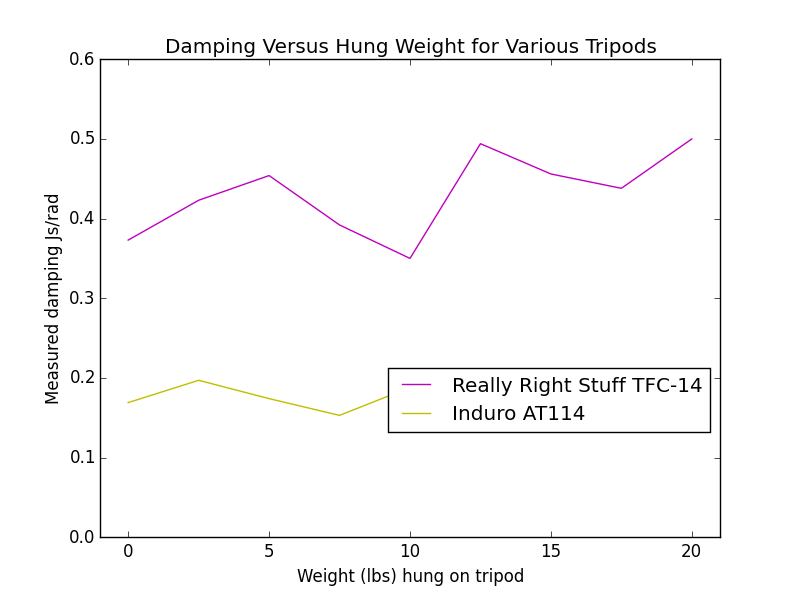 Again, we might see a slight effect on the damping, but other than that, nothing.  If there is an effect, it is very slight and cannot be measured in these tests.

Hanging weight can have an effect on the stability of the system, lowering its center of gravity to prevent it from being knocked over.  But simply in terms of the tripod’s resistance to vibrations, it will not make any significant difference.