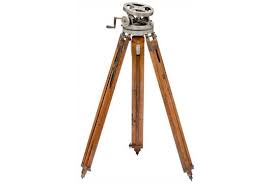 The Center Column is my attempt to document the search for the ideal tripod.  The internet is alive with well documented testing of cameras and lenses, but there is not a cohesive set of information on the performance of tripods and heads.  In fact, I couldn’t find any set of repeatable measurements on the stiffness and damping characteristics of the currently available set of camera support equipment.  In the mottled set of reviews across the web, reviewers give a qualitative impression of performance or state that vibration dies off in a certain number of seconds.  While this has generally been good enough to figure out that carbon fiber is better than aluminum, it hasn’t been enough to challenge the claims of manufacturers or help photographers get the most out their equipment and budgets.  My aim in this blog is to develop a set of tests that are quantitative, repeatable, comparative, and directly relates to the real world performance of the tripod.  I hope you enjoy.